In addition to wondering where there are solar panels for sale, you might also look into, what is the efficiency of the solar panels and how many quantities solar panels are needed? Solar panels are becoming one more element of our urban landscape. Its presence is a symbol of modernity, savings and concern for the environment . Who more and who less, has heard something about its operation, but as we have already dedicated an article to that aspect , today we are going to talk to you about one of the key points that you should know when choosing the panels for your photovoltaic installation: efficiency.

Briefly, the efficiency of solar panels measures the percentage of sunlight that falls on the cells of the panel and is converted into electricity . To give a numerical example, a panel that receives 1 kW (1 kilowatt or kilowatt = 1000 W watts or watts) of solar energy and produces 200 W, works at an efficiency of 20%. The efficiency of the panels decreases minimally over the years , so it is recommended that it be high at the time of purchase.

That percentage reflected by the efficiency must, however, be converted into alternating current by your solar inverter . They are in charge of distributing the electrical current throughout your home or office, and they have an average efficiency of around 95% . This small decrease must be taken into account to calculate the real efficiency of your photovoltaic installation: if your panels offer an efficiency of 20%, it is most likely that your installation supplies your home with 19% of the energy absorbed by your solar panels. 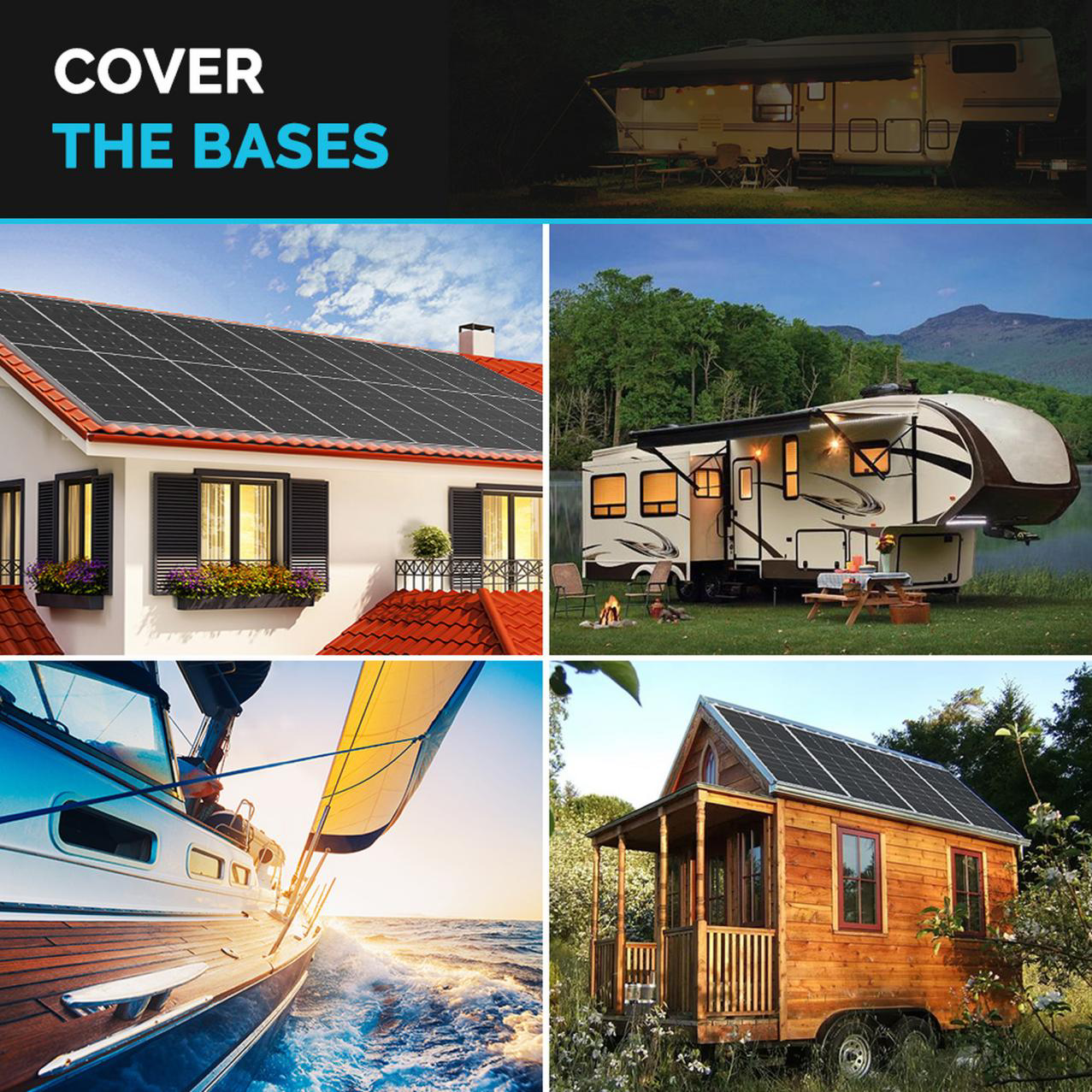 It should be noted that, when we talk about solar panels, we refer exclusively to those for domestic and business use. These panels have been with us for several decades, but it has not been until the last 12-15 years that panels with an affordable price for homes have reached efficiency levels above 20% . It is estimated that its ceiling can be around 35%, but that figure will not be reached for a while on silicon-based plates; most likely, no less than a decade.

The 3rd generation of panels reaches efficiency levels of around 60%, but it is so prohibitively expensive that it would never make you save enough on your bill to offset the expense . At the moment, this technology is only within the reach of aeronautical projects, such as artificial satellites or exploration vehicles for satellites or planets. These devices can only recharge their solar batteries using solar energy to carry out their research, which justifies the very high costs in R + D + I and production.

The absolute mark in terms of efficiency belongs to experimental research carried out jointly by the department of physics at Tulane University (Louisiana) and the department of mechanical engineering at the University of San Diego (California). This experiment managed to manufacture parabolic-shaped cells capable of transforming 85.1% of the absorbed solar energy into electricity . This huge amount was achieved thanks to the combination of the energy absorbed by the plates themselves plus a system that absorbs the heat in the form of steam that emanated from the plates themselves and converts it into usable electricity for consumption. 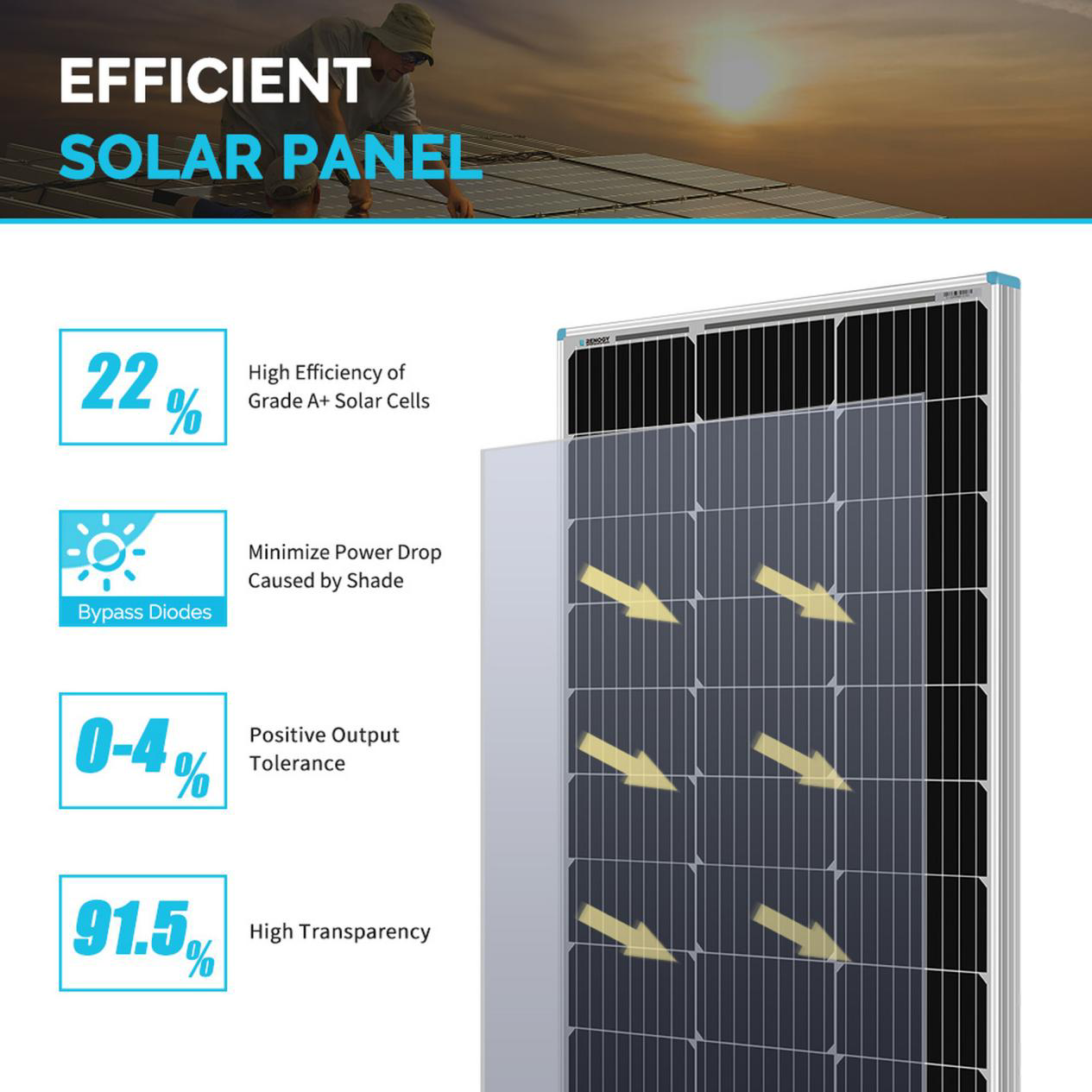 Are there experiments beyond silicon?

Silicon is currently the basic component of solar panels due to its excellent absorption capacity and because there is already an entire industry based on it. In any case, there are many projects based on silicon that have triggered efficiency to record highs , such as the one carried out by scientists from the NREL (National Renewable Energy Laboratory, in English) of the USA.

This project created in the spring of 2020 a system composed of 6 layers of different materials that achieves an efficiency of 39.2% under the simulated power of a single Sun. Unfortunately, it is still a prototype and will have to pass many tests before its technology can achieve a durability similar to that of current silicon and at a competitive price. That and that nanotechnology (its cells have the thickness of a human hair) is within the reach of the photovoltaic industry.

Is it true that there are transparent panels?

It is, and there are also “solar roof tiles”, but both are experimental models with very high prices and relatively low efficiency rates. Tesla has spent years researching different solar tile projects so that it is enough to place its modules on the roof or cover and they transform solar energy individually through micro-inverters. The latest data point to an extremely high durability (over 50 years), but it remains to be seen if they manage to increase the efficiency of the first models and, above all, reduce the price so that the amortization of the investment does not extend too far. solar energy is the future of the world’s energy supply , and one of the most promising ways to mitigate the effects of climate change. If all these reasons are not enough for you, it is possible that an annual saving of 50% on your bill (and 85% if your installation includes storage batteries ) will help you realize the benefits that photovoltaic energy brings to our lives.