In this review we’ll compare two similar but slightly different grills: The Weber E210 and the S210.

Appearance wise, they don’t differ too much, but each have their own benefits and drawbacks.

We’ll cover those here as well as explain the differences between the two, so you know which one is right for you.

Both look well designed and we’ve never been given an impression that shortcuts were taken with the construction of either grill.

Each of them has a decent amount of space to work with when it comes to food prep thanks to the side tables.

When not in use, the side tables can be taken down to make the BBQ even more compact or just to fit into a tight space when not in use.

These trays feature small plastic hooks that can be used to store utensils, but the internal compartments just below the actual grills is also a great storage space as well. 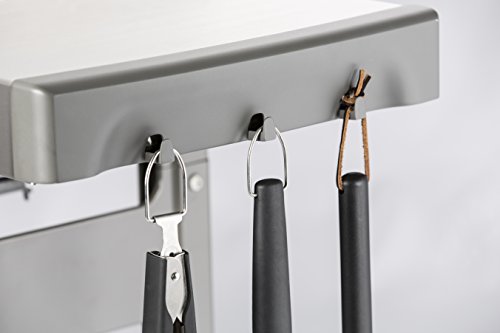 Appearance wise, the E210’s has a glossy black finish on the cook box with steel accents throughout. 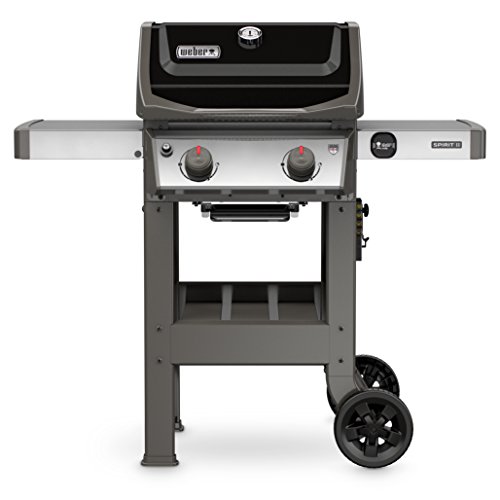 You get an all over stainless steel color that keeps it looking brand new.

Both look great when parked out on your porch. 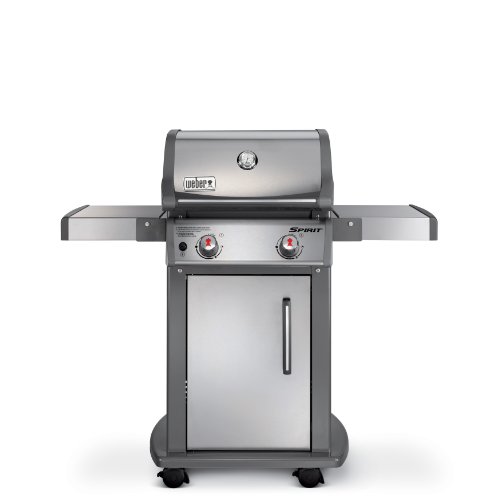 Easy to Assemble and Use

Assembling new BBQs can be a nightmare for some products.

Not so for either of these two grills. There is some assembly required for both, but thanks to simple instructions with ample photos throughout, you don’t need to be a rocket scientist to put either of these BBQs together.

In fact, You could probably have it done in less than 25 minutes. 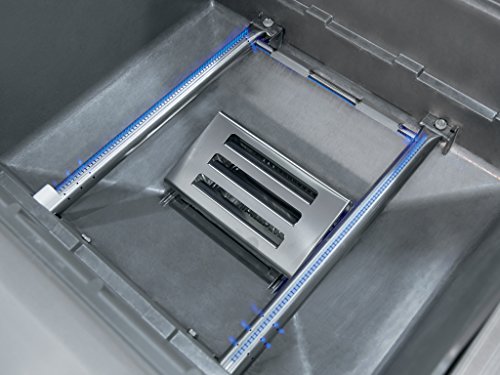 Drip trays are notorious for catching on fire due to poor design and user error, but you don’t need to worry about that with these grills.

The grease is funneled down into the drip tray which rests beneath the cook box in the storage compartment.

Cleaning them is so simple.

You can purchase disposable drip trays in bulk online to save time on cleanup.

As far as cooking surface goes, you won’t get a whole lot of cooking surface for either, but if you’re only cooking for a small amount of people or yourself, then that’s hardly something to complain about.

And when you’re done cooking, you can keep your food warm without burning it by using the warming racks just above the cooking grates.

If you’re craving the taste of a homemade rotisserie chicken, then you can purchase the rotisserie accessory and fit it on either of the BBQ’s for a quick and yummy chicken dinner.

So, what about fuel sources?

It’s important we don’t forget about them since they’re responsible for heating and cooking your food.

The S210 will take either natural gas or propane, but with the E210, you’re stuck with just propane.

Three differences between the two barbecues.

So, which one would we pick?

If you’re on a strict budget and don’t mind the differences between the two, we’d recommend just sticking with the E210.

If, however, you want to splurge a little on a quality BBQ, then the S210 will suit your needs.