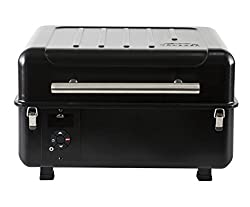 The Traeger Scout and Ranger grill lines are portable grills that let you bring flavor on all your adventures.

They’re optimized for the fun you have outside your house, like boating, RV exploring, camping, fishing, and tailgating.

There are a number of marked similarities and differences between the two grills.

One thing to note is that the Ranger tends to be significantly more expensive than the Scout, and as such, comes with somewhat more advanced features.

Check out our friends at Lil Grill for a comprehensive rundown of charcoal grills.

The Ranger is a pricier option, largely because its hopper capacity is 8 pounds, doubling that of the Scout.

The hopper is responsible for holding the pellets that provide energy and heat. With double the capacity, the Ranger can handle double the cooking, making it a good choice for those who are serving large crowds.

Also related to the hopper size, the weight is 60 pounds instead of 45, so it may be a little more difficult to carry when full of fuel. There are two meat temperature probes rather than just one.

The model comes with a Digital Arc controller, which is a new technological innovation for the Traeger brand.

You can use it to set precise temperature requirements, which allows you to use the grill for multiple purposes.

Meat can be smoked at low temperatures for hours, or you can even use the grill’s construction to bake a delicious dessert.

Another feature is the Keep Warm Mode, which ensures that food stays grill-hot whenever you’re ready to eat it.

There’s an additional cast iron griddle insert added as a bonus, which you can use to cook breakfast or eggs or sear steak.

This is the less expensive of the two grill options. The hopper’s capacity is 4 pounds, and the overall weight is just 45 pounds.

It comes with a Digital Pro controller that allows you to monitor the temperature of your meat through a meat probe as it cooks.

The Scout only has one meat probe. It also doesn’t come with add-ons like an extra grill rack, hopper cleaning system, locking casters, or all-terrain wheels.

The goal is not to wheel it over complex terrain so much as to carry it with you wherever the road leads.

Many of the specs of the grills remain relatively similar. They have about the same level of portability, appearance, and cooking mechanism.

There’s 184 square inches of cooking space, a respectable amount on a portable grill. The burner BTUs for both models can reach 16,000.

In addition, both grills have the same dimensions, 13 x 21 x 20 inches. They’re incredibly compact designs made for easy carrying.

Both models are only available in black rather than other colors. Both have at least one meat temperature probe, though the Ranger adds a second.

They also both have tough lid-latching designs that help protect them during potentially rough transport.

Traeger doesn’t just design grills. The company also makes all the accessories you could need to care for and enhance your grill performance. Some of the commonly featured accessories include:

â€¢ Grill covers, which are specially designed for grills of certain models and dimensions

â€¢ Barbecue multi-tool kits, which give you everything you need to pull off the perfect barbecue

â€¢ Power inverters, so you have a way to use your portable grill even when you’re off the grid

If you invest in one of these grills, it’s a good idea to get an associated cover, especially if the grill is going to be left outside. 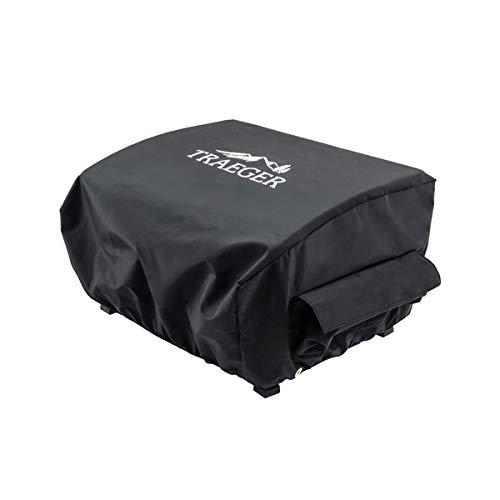 Lack of protection can lead to rust, mold, mildew, debris buildup, and other general unpleasantness. Covers also protect against UV damage from the sun.

Both the Traeger Scout and the Traeger Ranger are great options if you want a portable grill that you can bring anywhere.

The compact size allows you to transport the model easily in your vehicle, or to carry it distances in your arms.

Since both have the same burner output, cooking space, and dimensions, either will suit you in terms of external convenience.

The Traeger Scout is the best option if price points are a concern to you. It’s also a good choice if you only intend to grill meat, don’t intend to use the grill very often, and intend to cook for just a few people instead of many.

While the Traeger Ranger is significantly more expensive, it also comes with the following added benefits:

â€¢ The ability to engage in multiple food preparation methods like long smoking, meat searing, and even baking

â€¢ Double the hopper capacity, so you can load twice as many pellets and use the grill for twice as long before needing to reload

If any of these features are things you feel you’d use, it’s worth springing for the Ranger. You can even use this grill to cook every meal of the day at a campground.