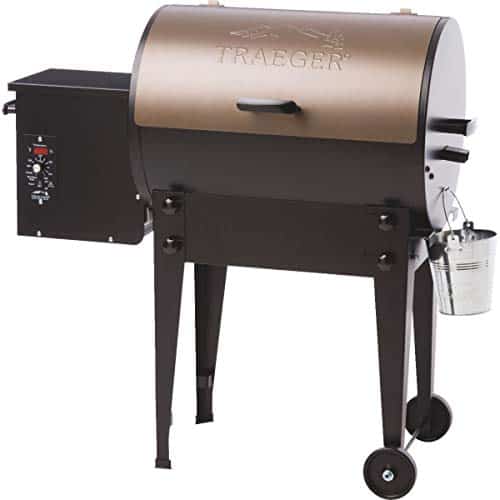 When it comes to grills, Traeger has been a leading pellet grill manufacturer for multiple years. They have a number of product lines on the market.

If you’re looking for a small Traeger model, you might be interested in the Tailgater 20 and Junior Elite 20.

These models don’t have quite the same compactness and portability as a built-for-portability design, but they also have more cooking space than portable grills.

Both grills are extremely similar. They’re also both very effective and filled with features that make them ideal for social gatherings of all kinds.

The Tailgater model is built with legs that can collapse. When the legs collapse, the grill can be placed into the flatbed of a truck, which is where it gets its name.

It’s a great investment if you want to cook for friends and community members at tailgate parties and other social functions.

The collapsible legs make the Tailgaiter model just a tiny bit heavier than the Junior Elite, clocking in at 62 pounds.

The Junior Elite doesn’t have collapsible legs, so it can’t be easily transported to tailgate gatherings or other functions enjoyed from the back of a truck.

Instead, it’s built to be a more traditional grill, able to stand in your backyard or on your patio and allow delightful summer nights of friends coming together.

In every aspect except the leg collapsing capabilities, the Junior Elite and Tailgater are the exact same grill model. They come with the same design, dimensions, cooking space, hopper volume, and add-ons.

The total cooking area is 300 square inches, while the hopper capacity has 8 pounds. Dimension-wise, each grill is 36 x 37 x 18 inches. 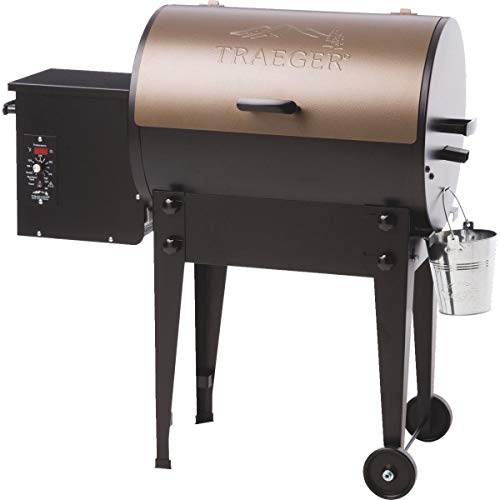 If frequent portability is what you’re looking for, a more compact Traeger model might be better for you.

The grill’s cooking capacity is about 12 hamburgers, 3 rib racks, or 2 chickens simultaneously.

Both grill models come with a built-in digital thermostat called a Digital Elite Controller, which allows you to choose what temperature the grill stays at during the cooking process.

The electronic display is also convenient. It displays large, easily-read information about the grill temperature in real time. Should you need to adjust anything, the controls let you do so.

Though this isn’t as portable as compact camping grills, it’s designed to be portable enough to bring to the occasional social function.

Unlike other grill models, which tend to weigh anywhere from 100 to 300 pounds, both of these grill models are just 60 pounds or a little more.

There’s also a 3 year Traegar warranty included. This covers all portions of the grill and its respective parts. 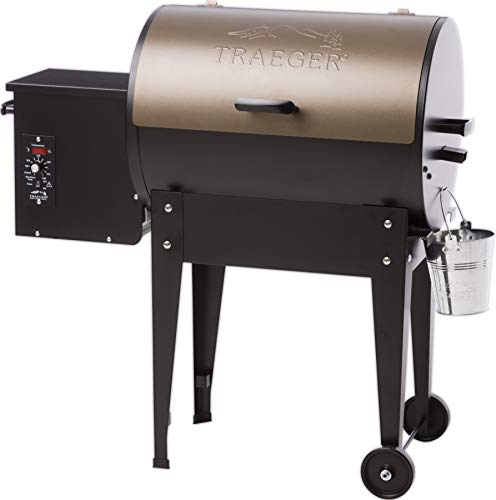 The grill’s main construction material is heavy-duty steel. As such, it can stand up to both the high internal temperatures and to potential weathering from the outside.

With any grill, though, the equipment’s lifespan will be lengthened if you invest in a proper cover to shield it from weather, moisture, and UV damage. 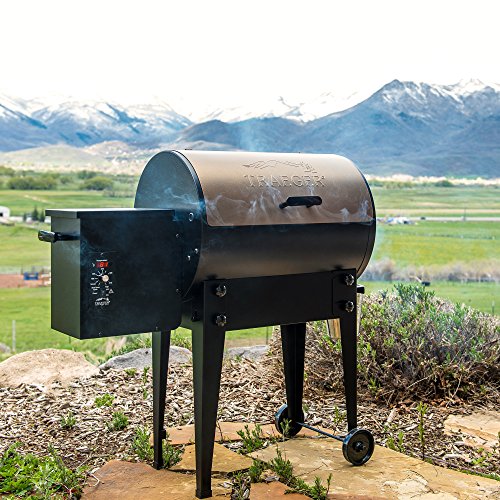 There’s a 20 x 15 inch porcelain cooking grate. The ignition process occurs through an auger placed at the bottom of the internal bowl.

Said auger leads to a heated rod, which then sets every wood pellet that brushes it ablaze. There’s no difficult ignition process. You just have to plug the grill in, and it will start burning as soon as you ignite it.

The grill operates through being plugged into an electrical outlet. Electrical power is necessary to heat up the rod that burns the pellets. Heating begins as soon as you turn the grill’s built-in thermostat. 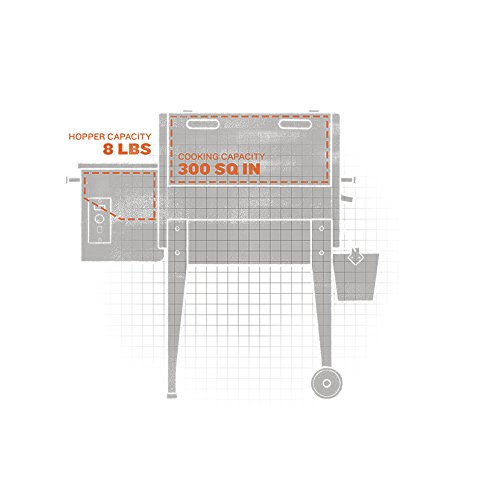 The thermostat has multiple presets like “High,” “Smoke,” and temperature gauges between 180 F and 375 F.

Since the Junior Elite and the Tailgater have functionally the same design, they also tend to have the same potential drawbacks.

The biggest problem is that the grill sometimes has difficulty with maintaining its internal temperature consistently.

This problem is especially likely to crop up if you’re trying to grill in cold and windy conditions.

Outside elements will interfere with the cooking surface and the amount of energy needed to reach your preferred thermostat temperature.

Another potential issue is that the grill’s cooking surface is only about 3 feet from the ground. Many other grill models are much taller, so that the user doesn’t need to bend down.

If you’re of average height, you’ll need to stoop to actively use the grill. And if you intend to use it for a long time, that can make your back ache.

The Traeger Junior Elite and Traeger Tailgater grills are both good, solid, semi-portable offerings that allow you to provide for moderately-sized barbecues.

If you want to keep your grill on the back of your truck for parties, the Tailgater is the model for you. Otherwise, the Junior Elite comes with all the same trappings.

Each grill weighs from 60 to 62 pounds, much more lightweight than other options on the market. They also offer 300 square inches of cooking space, enough to handle about 12 hamburger patties at once.

Their electronic displays allow for easy temperature control and use of preset cooking methods.