You plan to begin hiking just before sunbreak.

You’ll traverse rivers, scale hills and teeter along the passes between them. Eventually it’ll be time to set up camp for the day, and your mind will turn towards that well-deserved meal.

The question is: which wood-burning stove should you use to prepare it? That’s the terrain we’re going to cover today.

Let’s put the Solo Stove Lite and the Emberlit wood-burning stoves to the test to see which one deserves to light your fire.

Both are great stoves. But depending on your needs, the Solo Stove might just deserve your hard earned protein.

Pass the Gas: Wood-Burning is In

Everyone agrees: weight matters. If you’re going out hiking or camping you want as little on your back as possible.

Enter the Solo Stove and the Emberlit: both are wood-burning stoves.

Instead of lugging fuel containers, this means you can use sticks, leaves, barks, wood, pine cones and other debris from the natural environment as a source of fuel. Simply pack any of these into the stoves’ firebox and you’re ready to cook. 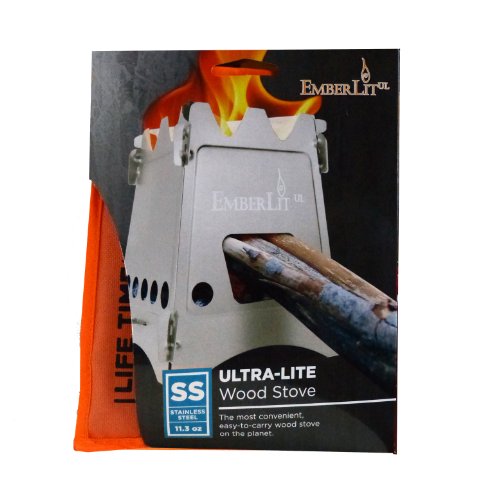 So with a wood-burning stove not only are you carrying less weight. You also don’t stand a chance of running out of fuel to cook that hearty meal. It’s a win-win. 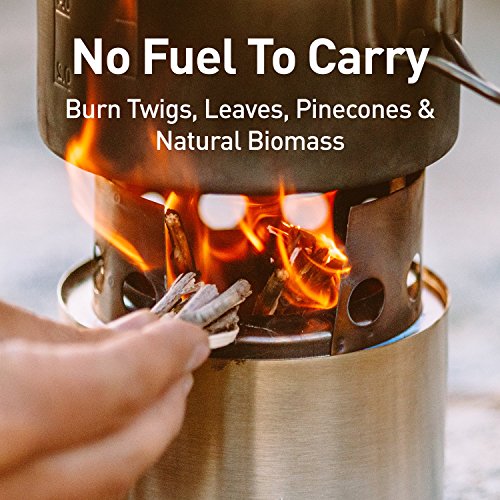 This makes both Solo Stove and the Emberlit a tie so far: as wood-burners, both will cook as long as nature allows. So to see which one of these wood-burners pulls ahead, let’s take a closer look under the stovetop.

Though both stoves are highly compact, the Solo Stove has the edge over the Emberlit on both size and weight:

Sure, the difference is small. And depending on how much gear you’re lugging it might not matter. But for those who are weighing every ounce and measuring every inch, the Solo Stove is the better choice. 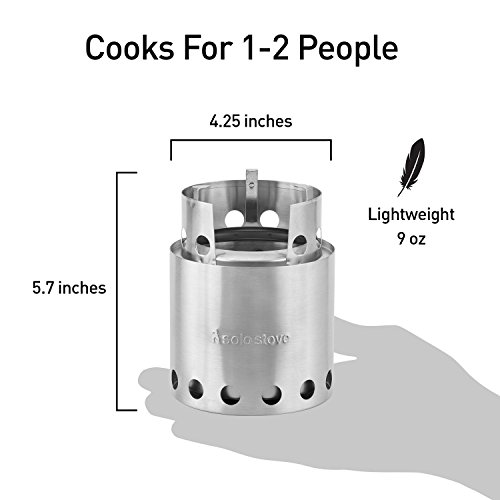 Keep in mind though, that since both are wood-burning stoves, you’re still saving on having to lug around a fuel source. So with either option you’re already ahead of the pack. 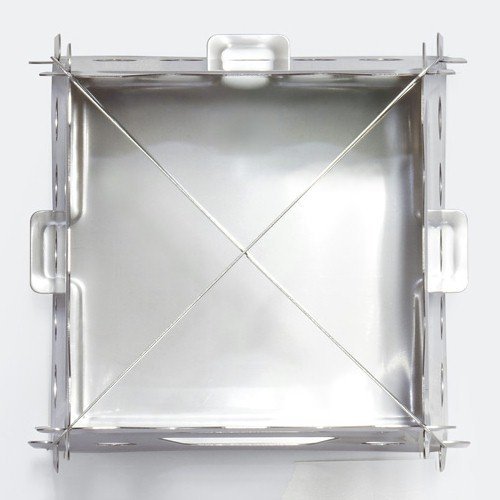 So the Solo Stove here has a slight advantage. But you’d be right to think that so far it’s still pretty much a toss-up. So let’s dig deeper and look at design.

Here’s where the Solo Stove really leaves its mark.

It features a double wall design. This means that oxygen enters through holes at the bottom of the stove to feed the fire, while at the same time passing through the double wall leading up to the top of the stove. 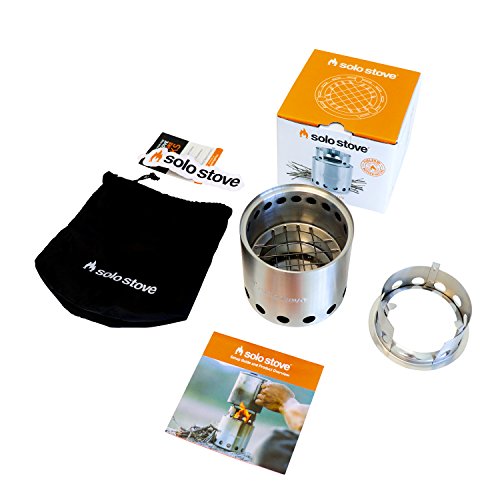 This allows pre-heated oxygen to feed back into the top of stove causing what’s called ‘secondary combustion’. In technical terms this means that the fire burns more efficiently, emitting much less smoke. In camper’s terms, it means your meal cooks more quickly. 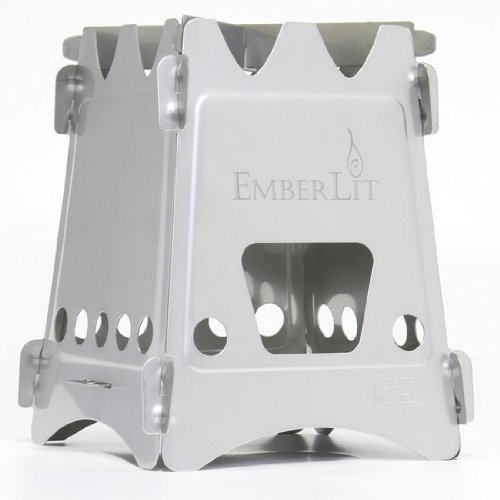 This double-wall design is one of the reasons the Solo Stove is recommended by Backpacker Magazine as the #1 wood-burning stove, and was also winner of the 2014 Gear of the Year award from 50 Campfires & Section Hiker.

These are pretty impressive credentials, and definitely should give you reason to take a careful look at the Solo.

The Emberlit, by contrast, has a standard â€˜bottom-fed’ design. Oxygen enters through airways in the bottom of the stove to feed the fire.

Make no mistake: the Emberlit will still boil a pot of water in less than 10 minutes. So it’s hardly inefficient. But you will notice that it emits more smoke and burns its given fuel source less completely.

So if you’re looking for that engineering edge, you will probably lean towards the Solo Stove. But if you prefer simple, time-trusted designs, then the Emberlit is definitely no slouch.

Both the Solo Stove and the Emberlit are made for hikers and campers. They’re built to last. So don’t worry too much about a bit of clanging and banging.

But one thing about the Emberlit should be mentioned here: its side panels are known to warp over time due to heating and cooling of the metal. Users report that this doesn’t impact cooking performance – it still burns hot.

But if there is too much warping then it can become difficult to line up the ‘ears’ of the unit during assembly.

So if after a long hike you have a tendency of feeling more hangry than hungry, you might want to keep this in mind.

The Solo Stove, on the other hand, is widely reviewed as keeping its shape no matter how much fire it brews. That’s pretty impressive when you consider that its double-wall design allows it to burn hotter.

Both the Solo Stove Lite and the Emberlit are great cookers. As wood-burning stoves, they’re environmentally friendly, lightweight and efficient. The difference in their size is also negligible, unless you’re really counting your inches.

Where the Solo Stove pulls ahead in design. The double-wall construction allows for the stove to burn more efficiently and more cleanly, with less smoke wafting your way.

So if that extra-touch of engineering has value for you, then the Solo Stove is the best bet.

On the other hand, the Emberlit has the virtue of being tried-and-true. It’s a well-built, standard-issue wood-burner that will have you chowing down in no time.

So how might the Emberlit pull ahead? If you’re really keeping your eye on price. That extra engineering in the Solo Stove doesn’t come without a price bump.

So if you’re looking to cook only dinner and not also your camping budget, you really can’t go wrong with the Emberlit. But if you have a few extra bucks to spare, then the Solo Stove is still the best.