For those people looking to use the best treadmill in the market, you can never go wrong with the Proform Pro 2000 or Sole F80.

These are the top selling brands from their respective manufacturers. With any of these treadmills, you get to enjoy your workout, since they come with a fully loaded console offering a variety of display options.

The treadmills have earned many positive reviews from their users following their ability to meet the needs of anyone regardless of the preferred routine program. Besides the ability of the Proform Pro 2000 and Sole F80 to provide comfort, they are also convenient for the users, since they come with multiple built-in features.

Let us check out some of the similarities and unique qualities that have the users of Proform Pro 2000 and Sole F80 fully covered.

Based on the prices offered by most retailers, the Pro 2000 is cheaper than F80, and it provides various quality features that F80 does not have. This makes Pro 2000 a better option for all users keen to find a lowly priced equipment. 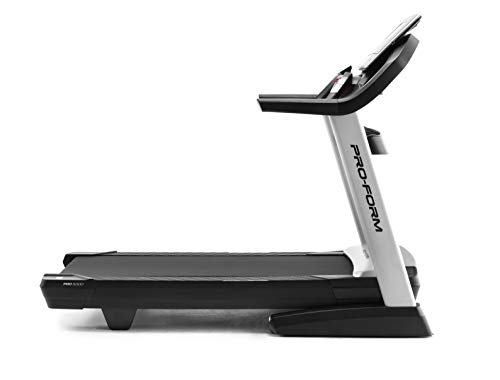 While Pro 2000 weighs 320 pounds, F80 weighs approximately 278 pounds, which makes it lighter for storage and portable for setup in your home. 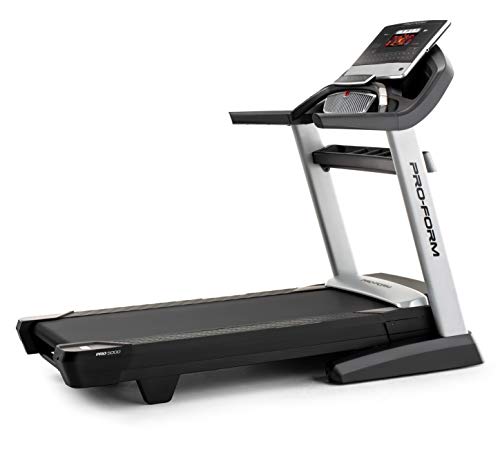 Pro 2000 also supports a weight capacity of 300 pounds, while F80 goes a level higher by allowing users of up to 375 pounds to exercise comfortably on it.

On this option, F80 becomes the best option for you.

In this category, we will go with Pro 2000, which comes with 32 built-in programs providing a wide array of difficulty levels for the users. This way, you can enjoy a challenging or a light exercise depending on your scheduled routine. The catch here is that all the 32 programs are pre-programmed. 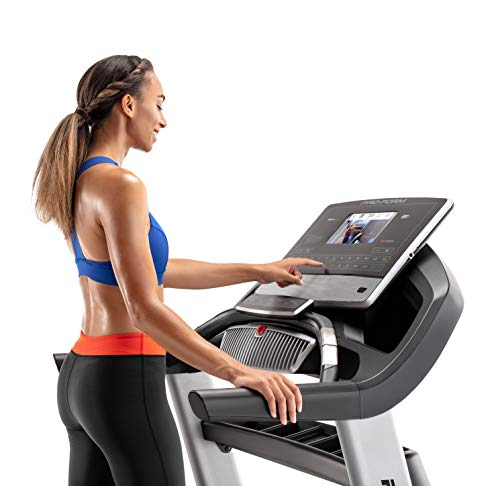 F80 lags behind here with only ten programs, and only eight of them are pre-programmed. You get a chance to program the remaining two programs based on your needs before saving them.

Both Pro 2000 and Sole F80 come with a cooling fan so that you can exercise comfortably for hours. However, Sole F80 is like most treadmills that come with smaller, weaker fans. This means that the air circulated is low. However, you can angle the fan up or down for your convenience. 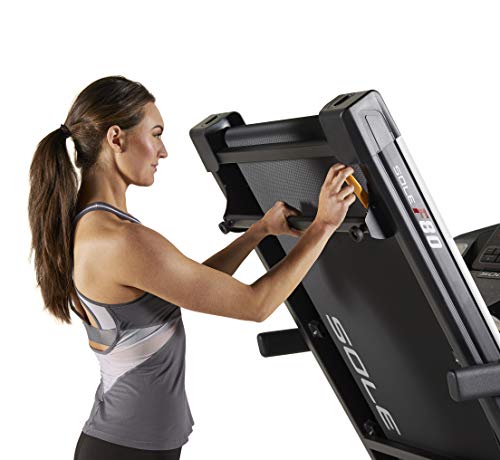 Contrary to this, Pro 2000 circulates larger volumes of air, and it comes with multiple fan speeds. Even when the fan is not rotating at high speed, it is still able to circulate enough air to keep you cool throughout your session. 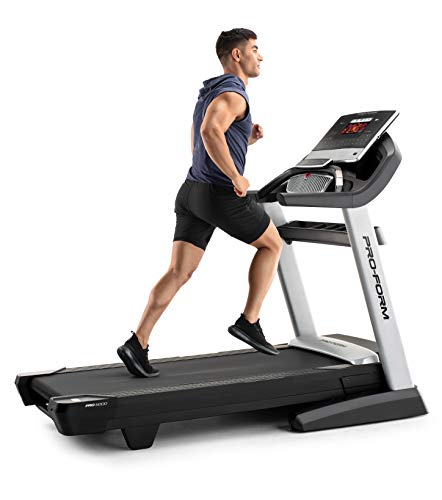 Both treadmills are designed with water bottle holders. F80 comes with an accessories tray under the console, while Pro 2000 has a tablet holder, a feature that the former lacks. 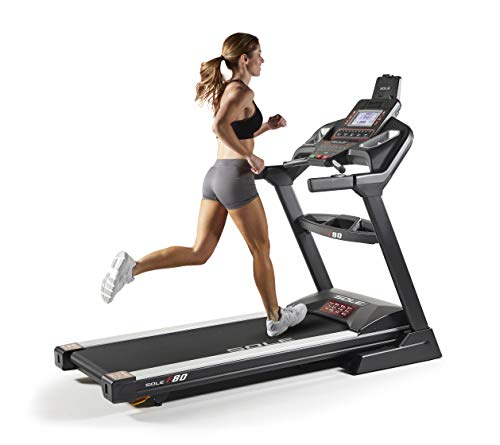 Pro 2000, on the other hand, is 2.5″ wider and 13″ taller. On this category, both treadmills tie because their dimensions make them bulky.

Both treadmills are built with a running surface of 22″ width by 60″ length. The difference is that Pro 2000 has a 1-ply non-stretch commercial belt, while F80’s has 2-ply.

Both F80 and Pro 2000 are collapsible, which makes them convenient for lifting. They both come with soft-drop release systems making the hands-free release of the decks easy. 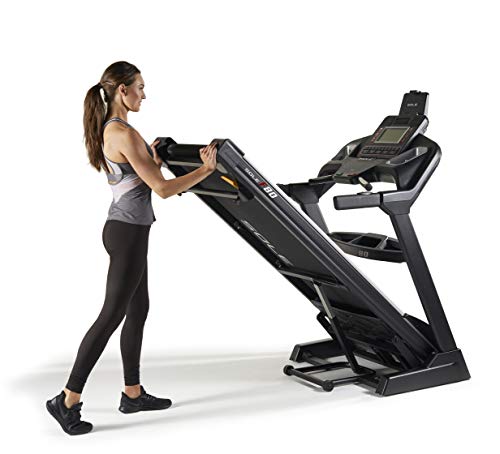 However, we had to note that the release handle of F80 has been placed more conveniently, and it is simpler to release.

Both F80 and Pro 2000 are designed with a 3.5 CHP motor, which facilitates a smooth running and the changing of inclines and speeds.

However, Pro 2000 provides its users with a wider incline range: between -3 percent and 15 percent. This offers room for a decline depending on your needs.

F80, on the other hand, provides an incline range of 0 percent to 15 percent. If you are looking for the treadmill that will provide more exercising options, you should go for Pro 2000.

When considering the assembly, material quality, sturdiness, cushioning, user interface, and overall features available, we would go with Pro 2000 as our favorite.

Its superiority is also made clear by its user-friendly interface that fits the needs of all users. If this does not fall on your must-have list, you could go for F80.

Treadmills are a long-term investment that users make to help themselves stay fit by walking, jogging, or running.

You should always choose the model that is compatible with your preferred technology. The best treadmill provides a range of challenges and routines, so you do not have to throw it away after only a few uses.