One of the best brands for mountaineering backpacks is Osprey. The company is well-known for the quality and variety of their products. Sometimes though, there’s such a thing as too much variety.

Osprey has so many different backpacks on offer it can be hard to choose just one. Today we’ll be comparing the Osprey Volt 75 and the Osprey Aether 70.

Size is one of the first comparison points between the two packs. The Osprey Volt 75 is available in a “one-size-fits-all” format.

It only comes in the one size, which makes it good for people who don’t want to deal with choosing a size and just want to buy a pack. If you’re looking for more freedom on the size front, the Aether 70 is the pack to consider

Both packs boast the capacity to hold a week’s worth of supplies, but their different sizes means they have different overall capacities. The Osprey has a gear capacity of 75 liters, but it also has room for different attachments and accessory packs. 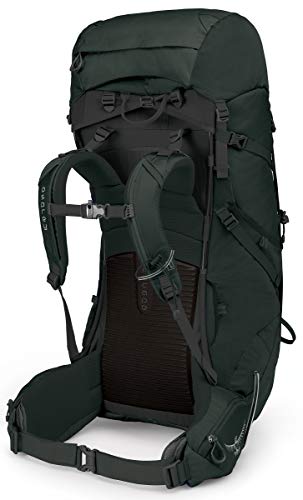 Unlike the Aether 70, the Osprey 75 is compatible with the Daylite Pack and Alpine Pocket, giving you more versatility.

The Aether 70 makes up for this lack of versatility by offering more overall space. At least, if you buy the largest version. You can expect a gear capacity of up to 76 liters, depending on the version you buy. The Osprey has the edge in capacity.

Load range is an important aspect of choosing a good camping backpack. You want to make sure you have enough room for all your gear, but you also don’t want the bag to be too heavy or you’ll have trouble lifting it. Let’s see how the two packs compare in terms of load range. 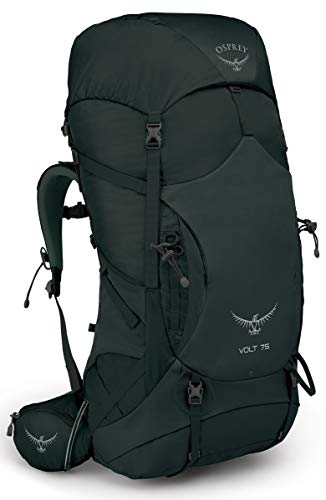 The Osprey Volt 75 has a load range of between 30 and 50 lbs. It also has an adjustable harness and everything packs together neatly to spread the weight properly.

50lbs sounds like a lot, but the pack makes it feel light and reduces your chances of falling over because of all the weight on your back.

The Aether 70 on the other hand has a load range of between 35 and 60lbs. This gives it a slight advantage over the Volt 75 if you’ve got a lot of gear. 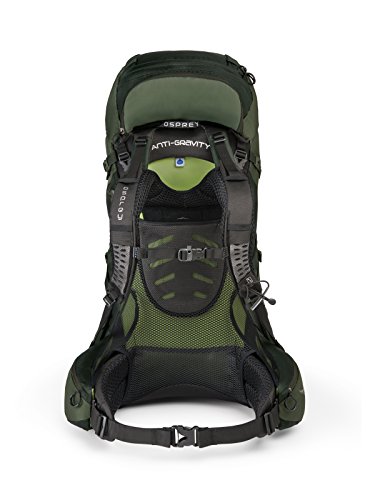 Much like the Volt, the Aether spreads weight evenly to avoid making you feel overwhelmed by the weight of your gear.

You don’t want to find yourself having to take everything out of your pack to find what you need. Carefully packing your gear away is important, but accessibility can really help out in this regard. How you open up and access your pack is something you may want to consider.

The Volt 75 can only be accessed from the top. This is going to make it bothersome to reach the things at the bottom of the pack, and means you’re going to have to be careful with your packing. Keep the important things to the top, and arrange everything as best as you can.

The Aether 70 on the other hand is accessible from the top and also from the front through a j-zip. As long as you arrange everything neatly, 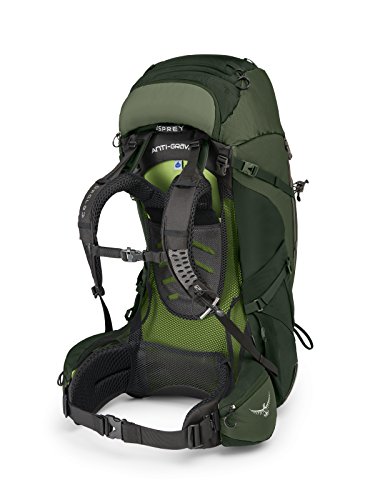 you’re never too far away from everything in your pack. Just be careful to avoid messing everything up when removing something from the bottom. In terms of accessibility, the Aether is the better choice.

Given that the packs are both made by the same company in Osprey, you can expect them to share some features. They also have some unique features.

Both packs come with a handy hydration sleeve, but there is a difference between the two. The Volt 75 has an internal hydration sleeve, while the Aether 70 has an external one. Given that the sleeve is kept outside the pack, it protects the contents of your pack in the event of a spill.

This makes it a better choice for hiking and allows you to lighten your load a little if you aren’t carrying a sleeping bag.

The Osprey Volt 75 comes with a tool attachment loop for you to fit all of your important tools on. The Aether 75 doesn’t have a loop like this, but it does have loops to hold ice axes, making it the better choice for extreme mountaineering.

These loops will keep the sharp points of ice axes away from your pack, and ensure they don’t catch you either.

Really, it’s difficult to truly compare the two packs. They both come from the same brand, and they both have some pretty similar features.

The deciding factor for most people is likely going to be the price. The Aether is the more expensive option, but it does have better accessibility and some unique features that make it worth the money.

Where to Buy – For technical camping equipment, we love Backcountry.com. The service is top-notch, the return policies are famous and there are often discount offers available.