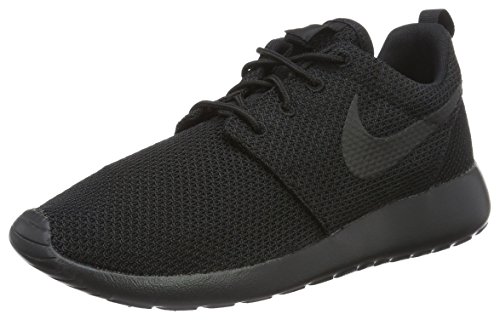 The Nike Roshe One and Roshe Two are both designed to be minimalist, responsive shoes that are good for runners.

They both have a variety of pros and cons. For athletes trying to pick the best shoe, the question remains:

What are the differences between the Roshe One and Roshe Two?

Does the Roshe Two improve enough on the original design to be worth purchasing?

We’ve put together a comprehensive review with the answer.

The Nike Roshe One boasts a lot of great details. The minimalist style is refreshing, and they’re responsive enough to conform to anybody’s feet.

There’s also a surprising amount of flexibility, along with an appealing color range. Potential drawbacks include a lack of durability and support.

The Roshe One is designed with minimalism in mind. The outsole is made with a stark white color and stripped-down engineering.

The covering of the underfoot is made from one thick foam block. The tread pattern includes large grooves on the heel to allow greater durability as you run. The toe tips have plates to provide traction and boost speed. 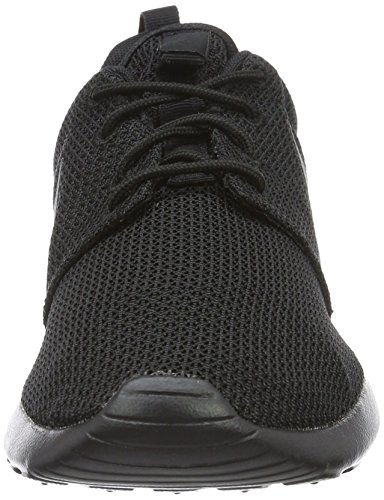 The non-traditional midsole is a continuation of the outsole, utilizing the same block of foam. There’s a layer of cushioning between the outsole and the inside that conforms to the feet.

Unfortunately, the bottom isn’t particularly breathable, although it is flexible and responsive.

The slightly fragile upper design is constructed with breathable mesh, helping increase the overall breathability of the shoe. It’s lightweight enough to prevent fatigue as you run, but the durability is limited.

The minimalist design can appeal to a wide range of customers. You have four different variations to choose from as far as colors go. The shoes are stylish enough to complement most professional and athletic outfits. 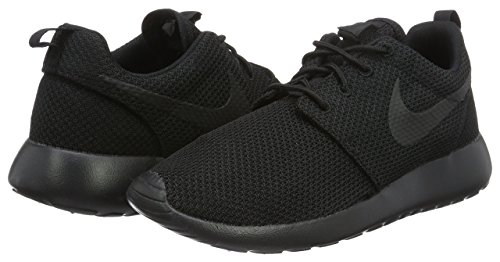 Because of the minimalist design, the shoes lack the same durability you’ll find with most competitors. They tend to need replacing after about three months of continuous use.

The flexibility also reduces the amount of protection the shoe has.

Since about half of the shoe is comprised of midsole, these shoes have some of the most responsiveness of any similarly weighted shoes. Every stride you take is very efficient.

You should use caution if you’re often injured around the ankles, arch, or heel. There isn’t targeted support for these areas, and the lack of heel support can make runners uncomfortable.

The Nike Roshe Two comes with more cushioning than the Roshe One, so it’s an appealing update for athletes and people who stand for the whole day.

It can be used interchangeably as a leisure shoe and running shoe. The shoe is comfortable, lightweight, and has a wide range of customization options.

The shoe’s upper is made from neoprene, which is an update on the original’s mesh. The amount of perforation keeps the upper super breathable.

The shoe soles have a carefully placed tread that pick up rocks and allow you to easily navigate both smooth and rough terrain. 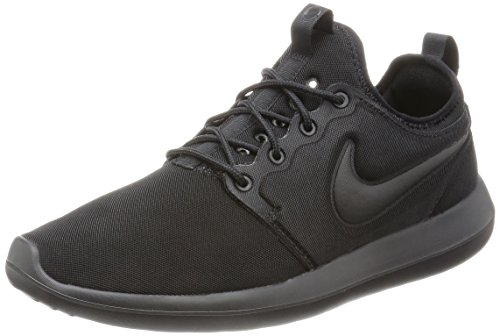 The outsole has been improved with a tri-density foam design. Since each waffle on the outsole moves independently, there’s a greater level of protection and flexibility.

You can choose from more than 10 colors and patterns. It’s stylistically similar to the original Roshe.

The shoe is able to conquer a multitude of different terrains, from asphalt to more mountainous trails.

The effectiveness and comfort allow you to wear the shoes inside the gym or on outdoor adventures. The shoes are more lightweight than many others on the market. 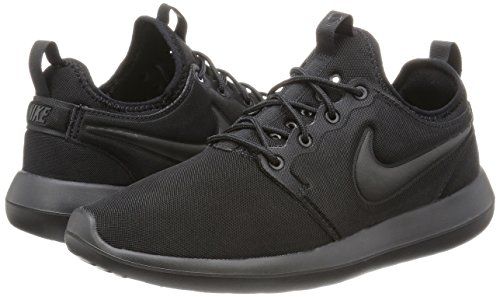 There’s improved padding targeting the heel. However, the shoes still don’t have the same level of support you’d need to run a marathon, so they’re better recommended for casual athletes.

Unfortunately, as with the Roshe One, these shoes don’t tend to be durable enough to stand up to long term use.

The neoprene allows them to last longer than the Roshe One, but you’ll still be buying replacements within just a few months.

Aesthetically speaking, both shoes have a very similar minimalist design. They’re professional enough to be worn to work, but you can also bring them to the gym or on your daily run.

Both shoes have a non-traditional midsole design that’s combined with the outsole. They include a layer of foam padding that provides arch support.

The uppers of both shoes are also both made from lightweight material. Because the uppers are so lightweight, both shoes lack a certain level of durability.

While they look similar at a first glance, the Roshe Two has several features that help it improve upon the Roshe One.

For one thing, the upper is made of neoprene instead of mesh. The neoprene is just as breathable as the mesh, but it tends to last longer and provide better support.

There’s also more targeted heel support in the Roshe Two, so you can run further distances without your legs getting sore.

The additional ankle padding can help runners to avoid injury and uncomfortable friction against the ankles.

The Roshe Two’s outsoles have waffles that move independently, which makes the shoes more flexible and stable than the Roshe One.

The Roshe One has just four color palette options, while the Roshe Two boasts more than ten pre-made designs.

Both shoes are breathable and lightweight, designed to be used for running.

But the Roshe Two is slightly more durable and provides better support to a runner’s foot.

Since the pricing for the shoes tends to be similar, the Roshe Two is a better investment for any athlete.