The Nike Romaleos 2 lifting shoes developed quite a cult following. It’s no wonder that Nike saw no need to change up the design until five years after the first pair was released. What did they change? Are the Romaleos 2 or 3 better? In this post, we’ll look at both in more detail.

If you look at the two styles together, you’ll notice differences immediately.

The Romaleos 3 seems to have a sleeker profile. It also has an entirely different design style on the front of the shoe. But it’s not how good the shoes look that counts, so let’s dig a little deeper.

Nike Romaleos 2 was big news at the time because they were significantly lighter than the previous model. 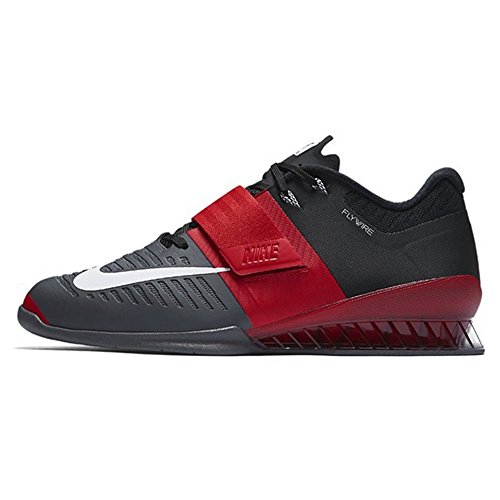 With Romaleos 3, Nike has shaved another few ounces off the weight. The new Romaleos come in at around 13 oz. To 15 oz.

Another feature that fans appreciated in the second version of this shoe was that they got two insoles. These insoles allowed athletes to customize their shoes to their needs. The stiffer insole does add more weight but lends more support. It’s great for competitions. 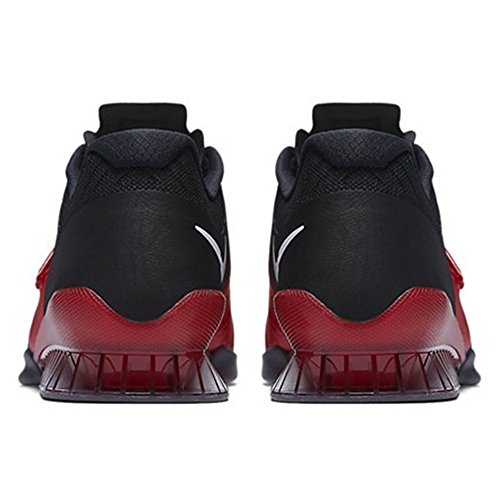 The softer insole is lighter and is a good option for day to day training.

There’s not a lot of difference between the two when it comes to heel height. The newer model is 0.04â€ higher than the other. At 0.75â€, the second version of this shoe is pretty much standard in the industry. 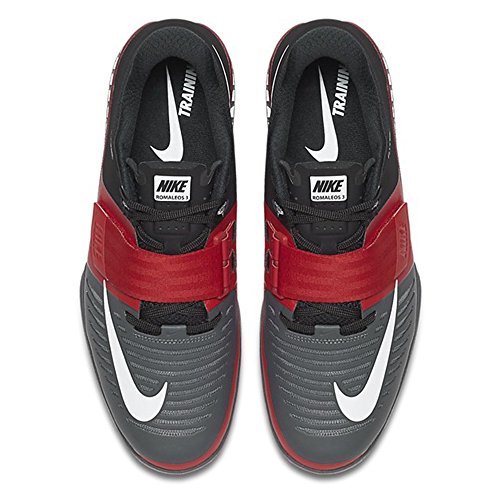 This heel height provides enough of an incline to provide stability when you’re dropping below your lowest position. It allows for a greater range of motion. Does the slightly increased height in the second version improve stability? A little, but the difference is minuscule.

Here the second version is the clear winner. The second version features a strap midway along the foot. It’s got a second strap near the top of the shoe. The combinations make it easy to strap the shoes on tightly for extra support.

In the third version, we only have one strap. It’s located about halfway down the shoe. It is wider to compensate for the loss of the other strap. For us, though, that defeats the purpose. We’d prefer the extra security of the second strap.

But then, not everyone feels the same way, so maybe you like only having one strap. Some athletes complained that there was too much overlap with two straps. And, to be fair, the arch is the area that needs the most support anyway.

The second version of the shoes is made of nylon, mesh, and leather. The leather in these shoes is thicker and less supple.

The heels are where the strength of the shoe lies. They’re made from TPU. TPU is lightweight but able to withstand a good deal of pressure. Nike reinforced the heel with its patented Power Bridge technology.

The soles are an extremely strong rubber composite. It’s not liable to crack, split, or perish fast.

The heels are made of TPU as well and also feature Nike’s Power Bridge technology. The outer sole in both cases is made from high-density TPU for added support.

You’ll notice that the tongue is thinner and not as durable in the third version. If you buy these shoes, be sure to grip the tongue in the center to avoid it ripping.

Unsurprisingly, buying the second version over the third is going to save you some money. The downside is that you don’t have the range of choices, as it’s an older model. Is it worth upgrading to the newer model for the increased price?

If you want a more extensive range of color options, then yes.

The fit is possibly the most significant difference between the two shoes. The newer version is not as wide as the old one, so you might have to rethink sizing. Some athletes complain that these shoes are too narrow. If you have wider feet, it’s better to look at the second version or take a size bigger.

Which Version Wins the Day?

For our money, both versions are pretty similar. We prefer the styling of the older version, and we like the fact that it’s a time-tested design.

On the other hand, athletes have expressed some concerns about the Romaleos 3 and its durability. That’s why Nike brought out the Romaleos 3.5. The 3.5 is essentially the same as the 3, with alterations made to make it more durable. 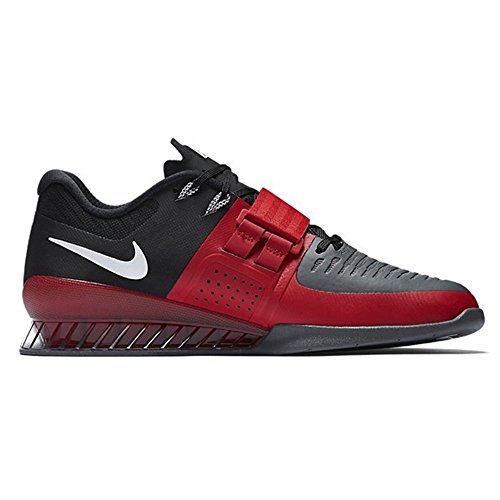 For our money, the Romaleos 2 is a better bet. The 3 doesn’t offer significant extras in our minds. The only thing that we’d be concerned about here is that Nike stopped producing the Romaleos 2 over two years ago.

The Nike manufacturer’s guarantee is pretty specific about this point. The warranty is valid for two years from the date the shoes were manufactured. Still, this is something that we’d be willing to take a chance on to get the older version.

The only other issue with the second version is availability. You’ll have to take what you can get from the stock that’s still out there. It’s not so much the color scheme that’s a problem here, but rather what sizes are still available.

And, do note that the older shoes are a fair amount heavier. Now, while lifting, this is not an issue, but it can be tiresome when you’re clunking through the gym.

The ultimate choice, we’ll leave up to you. Do you want the extra security of the double strap and wider insole, or do you prefer the single strap and sleeker silhouette?