Nike is a leader in creating the world’s best running shoes. Athletes of various skill levels compete in the company’s footwear. Consistently setting its standards for performance higher with each new shoe it creates, Nike outdid itself with the Nike Epic React Flyknit 1. Few people argued that it wasn’t an integral part of their performance with its springiness and snug comfortable fit.

When the company came out with the Epic React Flyknit 2, it confused people. Didn’t they already own the high-performance shoe of their dreams? To better understand what sets the newest offering apart from the original, it’s essential to evaluate their features to see which deliver the most value.

Starting with the Nike Epic React Flyknit 2, we’ll see how a redesign can take the best features of the original, improve upon them, and create a better, more thought-out shoe design.

The Nike Epic React Flyknit 2 offers some of the same fantastic features of the Flyknit 1. The company was mindful to keep what worked and improve upon what didn’t to make the running experience better for its customers. 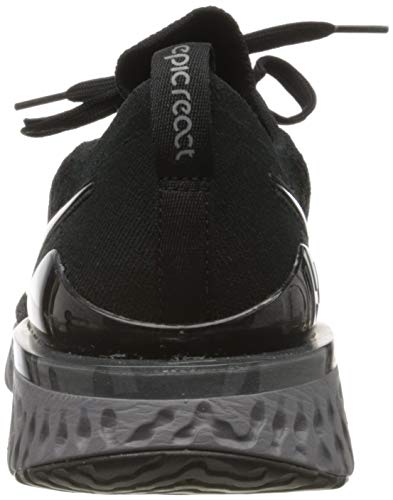 The outward appearance of the newer model of the sneaker has changed somewhat, lending to a better and more appealing aesthetic. It also offers step-in comfort that doesn’t diminish no matter how many times you wear it. 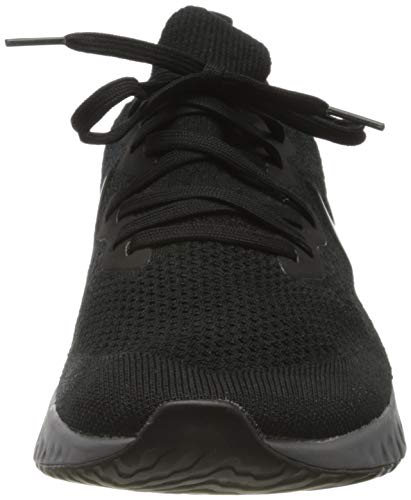 Most of the differences between the Flyknit 2 and the Flyknit 1 have to do with their outward appearance. Nike upgraded its iconic logo on the newer shoe. The Flyknit 2 also offers repeat step-in comfort no matter how long the athletes wear the runners. Last, the heel clip features a redesign. It looks better and feels sturdier than the Flyknit 1. 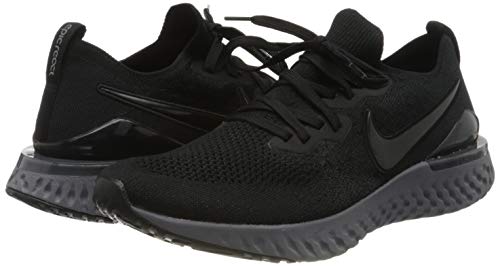 The iconic Nike swoosh has improved in appearance considerably with the Flyknit 2. It’s not pasted onto the shoe. Instead, it’s sewed onto it. It also has a three-dimensional look, thanks to the puffiness of the logo. It looks like some of the classic Nike logo styles of the past.

The shoes are designed to feel as comfortable as they did on day one despite months of wear. They don’t wear down easily. Replacing them with a new pair of shoes isn’t as necessary as other runners that don’t have a high level of step-in comfort.

Although it doesn’t seem like something to focus on, the new and improved heel clip on the Flyknit 2 is outstanding in comparison to the Flyknit 1. It looks better and feels more durable. Runners who care as much about their image as they do their performance appreciate small details like the heel clip redesign.

The Nike Epic React Flyknit 1 set high standards for running shoes. Not only were they designed to fit snugly without restricting movement and to be springy to help athletes achieve optimal speeds, but the shoes are also very attractive. They’re something that people feel good wearing because they feel like they look good in the Flyknit 1s. 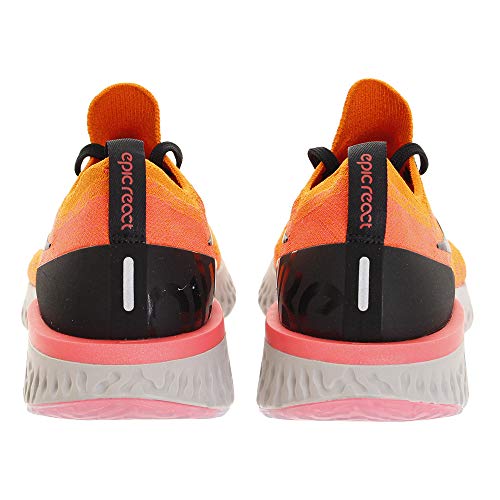 Some of the most notable features of the shoes are the snug sock-like fabric, ultra-supportive upper, and breathability to allow the feet to rest after a particularly strenuous race. Promoting comfort from heel to toe, it inspired the design of the Flyknit 2. 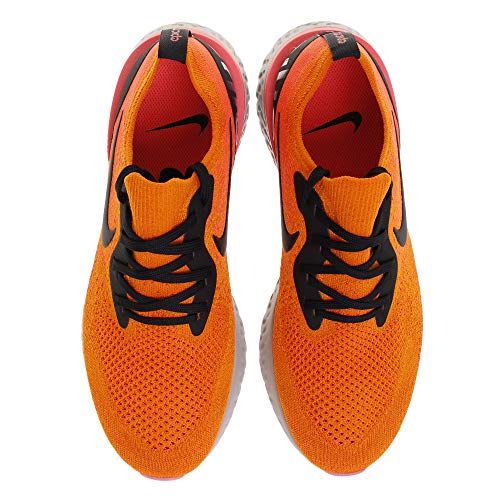 The unique fabric that makes up the Flyknit 1 is much like a sock. It fits the foot snugly without interfering with performance. There is still ample room to move your toes. 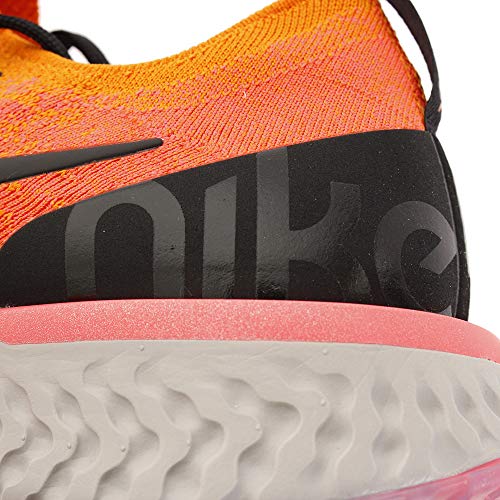 The upper provides structure and support for runners. Rather than risk twisting or spraining an ankle, athletes look for features in running shoes that give them the most support. The Flyknit 1 and Flyknit 2 offer outstanding support. They’re made to go the distance and last a long time.

Extra Breathability for After an Athletic Performance

Athletes sweat. Having a shoe that handles excess heat like a champ is an asset. The breathability of the material makes it, so athletes are more comfortable each time they run. They’re not stuck wearing damp socks or damaging the skin on their feet from excess perspiration.

Although there aren’t many differences between the Flyknit 1 and the Flyknit 2, the newer model does look better. First, there is the 3-D swoosh, which enhances the look of the shoe. It’s stitched on, which prevents it from wearing out and coming off the shoe. The glue used on older pairs of Nikes eventually does wear out causing more than just a cosmetic issue in some cases. 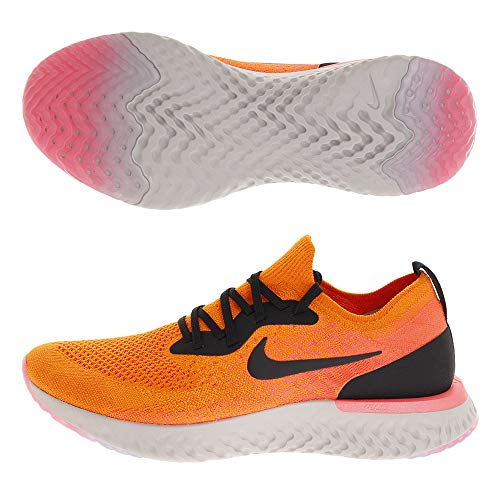 Next, there is the redesigned heel clip. A small piece in comparison to other parts of the shoe, it looks better and feels sturdier than the Flyknit 1. Details like this may not enhance the performance of the athlete, but they do add to their look while competing. Image is often as important as how fast a person runs or how well they do in a competition.

Last, and most importantly, it doesn’t matter how many times the athlete slides the shoes on or off. They feel comfortable every time they do. Step-in comfort amounts to a lot of satisfaction while racing. The shoes are made to last and feel great the entire time they’re worn.