If you’re going to be spending time way out in the wilderness or backpacking through foreign countries, access to clean water can make or break your trip.

In fact, your life may depend on it! Don’t find yourself in a bad situation. Equip your travel kit with a portable water filter that allows you to drink without fear of E.coli or other water-born demons!

Here are the top two water filtration straws on the market: the Lifestraw and the Sawyer Mini. Basically, these filtration systems are straws that clean out the bad stuff as you sip.

Once the water hits your mouth, it’s clean and free of dangerous organisms that can make you sick!

Initially, the Lifestraw and the Sawyer Mini may appear exactly the same. However, they are about as different as they could be! Which is better? Read on to find out.

The most important question to ask when it comes to water filtration tools is this: what does it filter out? When it comes to the Sawyer Mini and the Lifestraw, they both filter out essentially the same things.

The Sawyer Mini removes bacteria like salmonella, cholera, and E. Coli. It also removes protozoa like giardia and cryptosporidium.

The Lifestraw removes these forms of bacteria and giardia, but to a lesser extent than the Sawyer Mini. Of course, the difference is minimal! 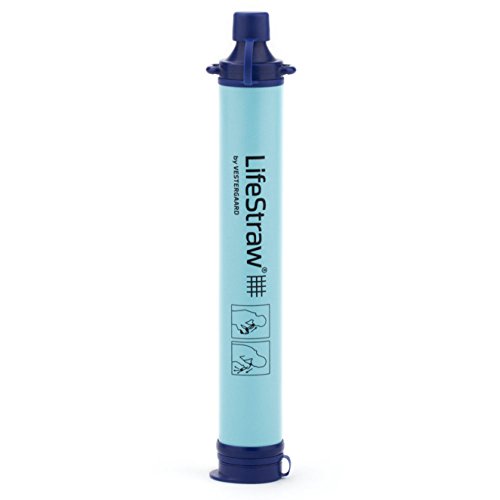 However, if you are going to be in a place like Africa where deadly diseases are often found in the water, it’s a good idea to choose a straw that will filter out the things you’re at risk of consuming.

If you’re in North America, chances are that you won’t have to worry about most of the less common organisms, such as giardia. Still, the Sawyer Mini has an edge on the Lifestraw as far as filtration goes.

Both straws weigh just two ounces, but they are not the same size. The Lifestraw is about twice the length of the Sawyer Mini.

There are good and bad things about this. 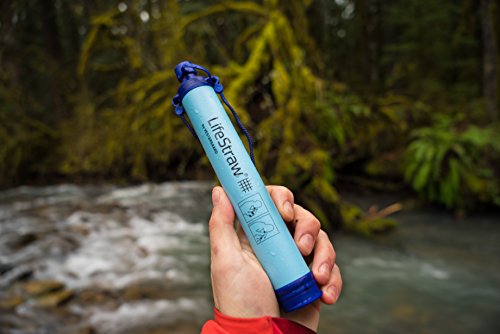 One benefit of a smaller straw is that it takes up less space in your pack.

The drawback, though, is that it isn’t as easy to drink through. The Lifestraw is easier to use as-is, but the Mini actually comes with attachments you can use for pretty much anything you want to drink.

We’ll talk more about this later, but I do want to mention than the Sawyer Mini comes with an attachable seven-inch straw. 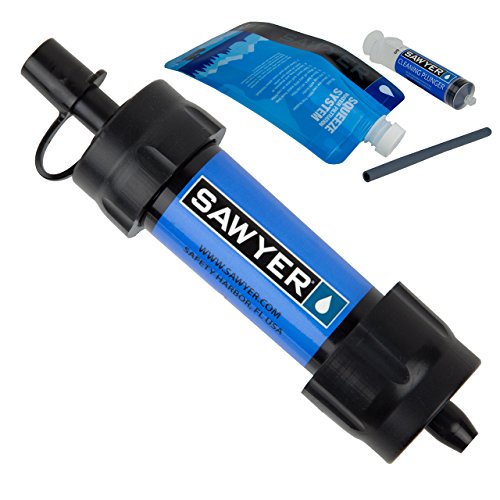 The Lifestraw can filter 260 gallons of water in its lifetime, which is a lot. However, the Sawyer Mini straw can filter a hundred thousand! There’s absolutely no competition here. 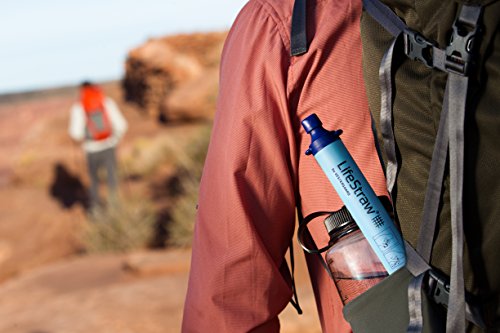 If you weren’t sold on the Sawyer Mini based on its capacity, you’ll definitely be sold by its ability to attach to just about everything.

The Lifestraw can be used one way: as a straw. If that’s all you care about, that’s fine. But I think you’ll like having the options that come with the Sawyer Mini! 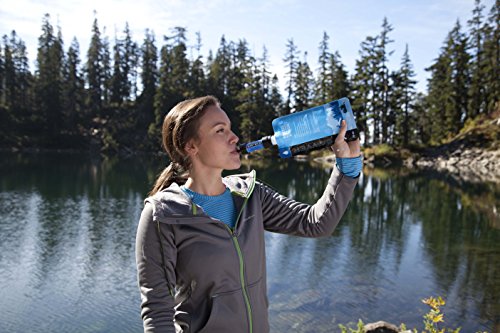 This filtration system comes with an attachable straw for straight drinking, but it also comes with a reusable 16-ounce squeeze pouch. You can fill this with water and use it on the go.Â This is awesome if you find yourself in the middle of nowhere and need to stock up on water!

Honestly, you can bring a plastic water bottle and do the same thing with the Lifestraw by sticking the straw inside it, but it won’t be as easy or fit as well in your pack.

The Sawyer Mini can also attach to other things. It fits securely on disposable water bottles, so you can connect it to the bottle and drink from the straw without leaking water everywhere.

You can also connect it to a standard hydration pack. This is awesome for backpacking

You can clean the Sawyer Mini, but you can’t clean the Lifestraw. The Mini comes with a plunger-like tool that you can use to clean the straw while you’re out in the field. This allows you to use it for a lot longer.

As you can see, the Sawyer Mini far outperforms the Lifestraw. It can filter almost 400 times the amount of water, and it costs pretty much the same price. It also comes with a lot more gear!

Now, don’t get me wrong. The Lifestraw doesn’t suck (pun definitely intended). And if you just need a small filter for emergencies, the filter capacity and attachments probably won’t make much (if any) difference to you.

Plus, Lifestraw has a humanitarian project going on along with its commercial activities. The Lifestraw company is one of the largest private providers of clean water to schools in developing nations! That’s a vision we can get behind.

However, if you’re basing your decision purely on quality, the Sawyer Mini will win every time. As far as quality, longevity, and versatility goes, this filtration straw is the best out there.

My suggestion is to go with the Sawyer Mini for yourself, but donate directly to the clean water cause if you want to make a difference.