How often do you think about what you’ll need in an emergency situation, like a natural disaster? Food and shelter quickly come to mind. So does a planned evacuation route and access to emergency services.

You’ve probably also made sure that you have a way to bring your pets with you. And maybe you’ve even stowed away some of your most valuable possessions – just in case.

But it’s easy to overlook one crucial thing, perhaps because we’re all so used to having it: clean, fresh, potable water.

You can run out of gas and hitch a ride with someone else. You can even run out of food, and you’ll be okay for a while. But if you run out fresh water then that’s a real emergency.

So, with the increasing frequency of severe weather events, it’s a good idea for everyone to think about emergency water storage.

In this review I’m going to compare the AquaPod to the WaterBOB. Both are emergency water storage bladders that can mean all the difference in an emergency situation.

So let’s take a closer look at both to find out which one is better for you.

Some advise that in a natural disaster it can be a good idea to fill up your tub so you have access to fresh water. But this is actually quite dangerous: bacteria and other contaminants in a tub are almost impossible to eliminate, and airborne bacteria can also result in water contamination.

A better piece of advice is to get an emergency water storage device like the AquaPod or the WaterBOB. 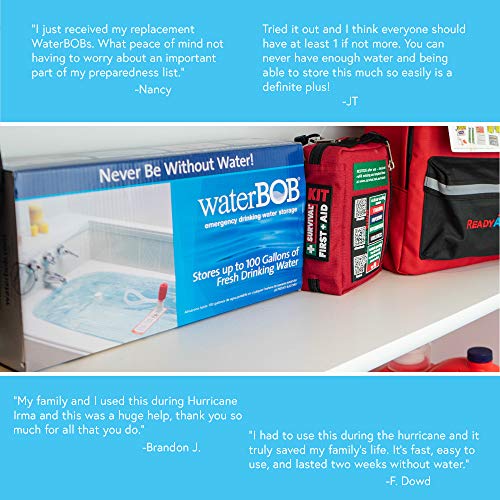 The idea is very simple. An emergency water storage device is a large, food-grade plastic bladder that typically holds anywhere from 50-100 gallons of water.

It comes equipped with a ‘fill-sock’ (similar to a spout) that you attach to the faucet in your tub. After laying the device in your tub – depending on its size it could take up most of the room – just turn on the water and the bladder will begin to fill.

Once full, the bladder will keep water fresh from anywhere to four to sixteen weeks, depending on your exact storage device. To pump water out of the bladder, simply open the attached siphon pump and you have clean, fresh water for drinking, cooking and cleaning.

But here’s an important point: like virtually all emergency water storage devices, the AquaPod and WaterBOB are single-use. This is because bacteria from water once stored in them can proliferate and become quite dangerous later. 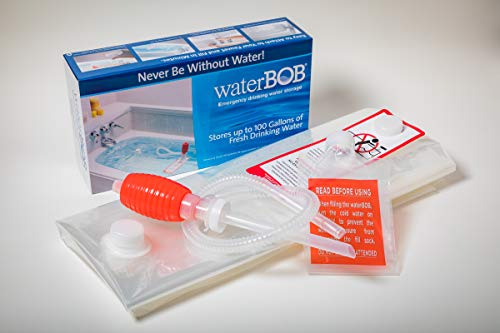 So the AquaPod and WaterBOB are both up to the task of giving you water in an emergency. Let’s take a closer look at how they get the job safely done.

How Safe is the AquaPod and WaterBOB?

As you’d expect, both the AquaPod and WaterBOB are 100% safe for you and your family. They are made of heavy duty food-grade plastic in accordance with USFDA guidelines.

Both are also entirely BPA free. This means that you can be sure no hazardous chemicals will contaminate your drinking water.

However, one crucial difference between them arises here. The WaterBOB will keep your water fresh for up to 16 weeks while the AquaPod promises half as long, clocking in at 8 weeks. 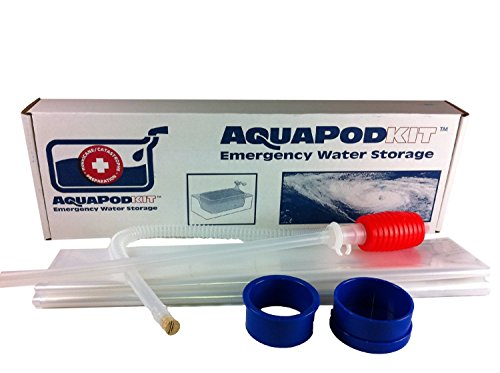 It’s important to not overstate this difference. Emergency water storage devices are unlikely to be used for longer than 1-2 weeks. After all, very rarely is anyone that long without access to fresh water, even in a natural disaster.

There are always exceptions, though. Following hurricane Maria, some residents of Puerto Rico were still without water four months after the disaster.

So if you think that you might need your emergency water storage device to keep your water safe and fresh for as long as possible, then the WaterBOB comes out on top here.

How Big are They?

The WaterBOB backs up its promise to keep your water fresh for 16 weeks with its size. It is a 100 gallon bladder.

For comparison, consider that the average tub holds 70 gallons of water. So with the WaterBOB you’re really getting almost 1 Â½ tubs of fresh, potable water that you can safely store for up to 16 weeks.

By comparison, the AquaPod holds 65 gallons of water. Clocking in at about a tub’s capacity, the AquaPod is obviously intended for shorter-term use. 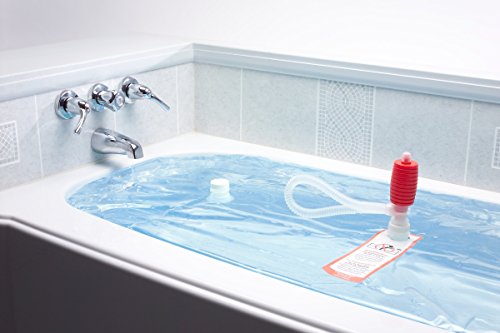 So the difference between the two storage devices here really comes down to your expectations. If you want that room for extra water just in case, then the WaterBOB is again the best bet.

But if you think you’ll need emergency water storage for a shorter period of time, then you’re probably safe with the AquaPod.

The Verdict – AquaPod Vs WaterBOB

In an emergency situation you can’t go wrong with either the WaterBOB or the AquaPod. As you would expect, both are 100% safe emergency water storage devices.

So if you’re looking to keep you and your family safe, both are great devices.

But if you’re wondering whether you’d like a larger bladder that can keep water fresh and clean for longer, then the WaterBOB is definitely your best bet. It gives you that extra peace of mind that you’ll have fresh water as long as you’ll likely need it, no matter the circumstances. 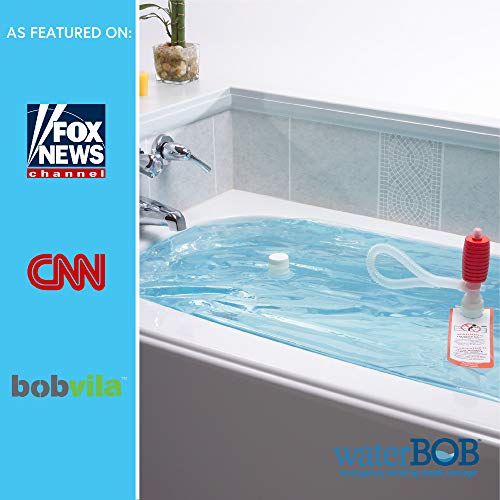 Then again, you get what you pay for. The WaterBOB does come in as a touch more pricey than the AquaPod. So depending on your budget, you might want to opt for the AquaPod. It’ll keep your water fresh and clean just as well.

1 thought on “AquaPod Vs WaterBOB”