When you’re out in the field, you need a sturdy trekking pole to help you navigate those tough spots. But what type do you get? Do you choose a carbon pole because it’s lighter, or an aluminum pole for durability?

In this post, we’ll look at the different qualities of each so that you can make an informed decision.

Carbon is a favorite amongst ultralight hikers. The difference in weight between the two might amount to two or three ounces if you choose top brands. Carbon poles may way as much as a third less than aluminum ones. 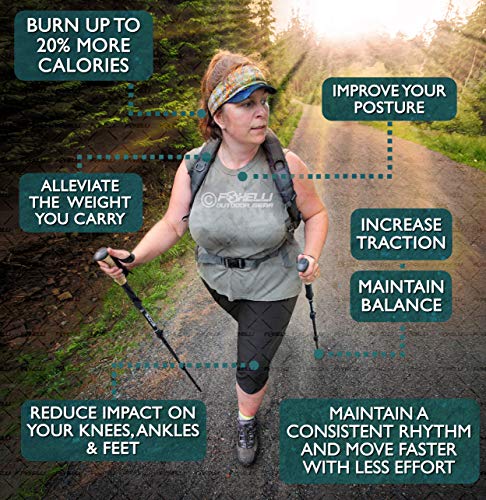 That doesn’t sound like a lot on paper. In the field, though, every ounce counts. And, on day three or four of a long, strenuous hike, you’ll undoubtedly appreciate any saving in weight. Carbon wins round one.

So, if carbon poles offer distinct weight benefits, why aren’t we all rushing out to buy them? 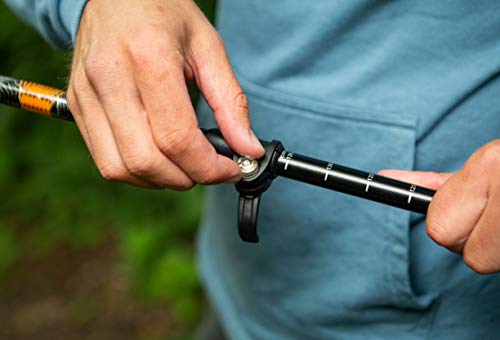 There are a few reasons. A well-made carbon pole should last you a long time if you take proper care of it. It’s made up of fibers and resin and is sturdy. 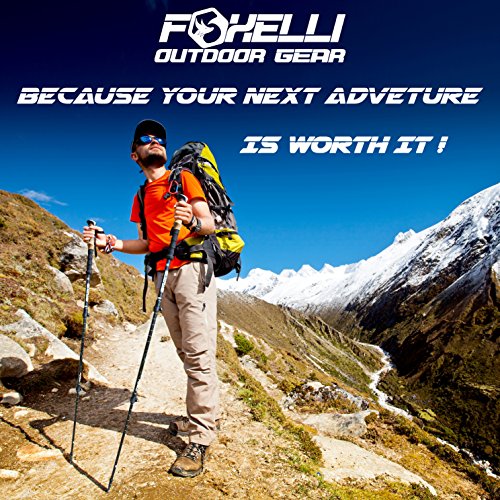 There are some downsides to carbon, though:

Aluminum poles are a little heavier, but they’re also tougher. You can scratch them up quite a bit without damaging them. They’ll handle a fair amount of abuse. 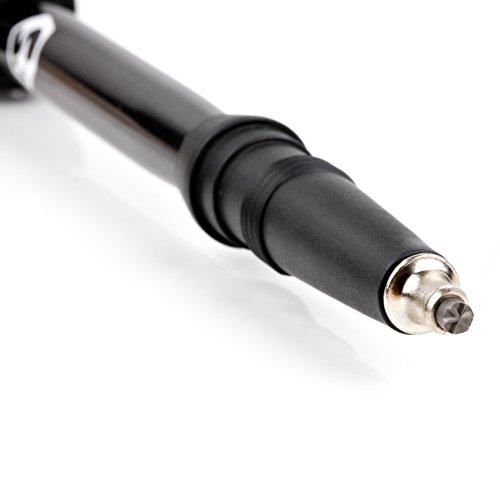 And, if the pole fails, it’ll bend instead of shatter. You can usually straighten it out reasonably quickly and carry on. 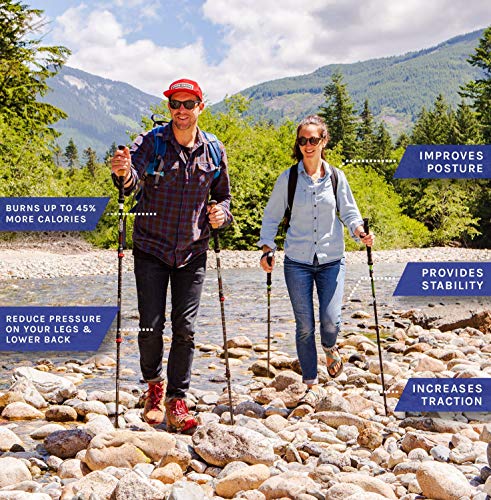 It’s also not as sensitive to extremes of temperature. The metal will become fatigued after a long period of exposure, but that will take quite a while. Round two goes to the aluminum models.

If you’re comparing similar quality models, carbon always works out more expensive. Naturally, there are cheaper models in both types of poles, but it’s better to pay a bit more for a reputable brand. A high-quality carbon pole will be more useful over time than a cheap aluminum model. 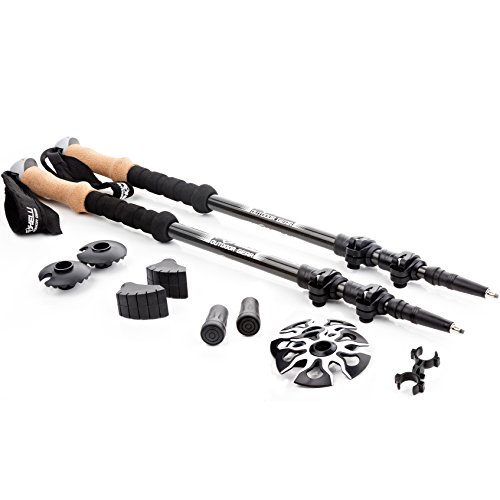 Either way, buy the best quality that you can afford. In the end, though, carbon is typically the more expensive option in terms of outlay. Considering that it’s likely to need replacing more often, it’s also more costly than aluminum. 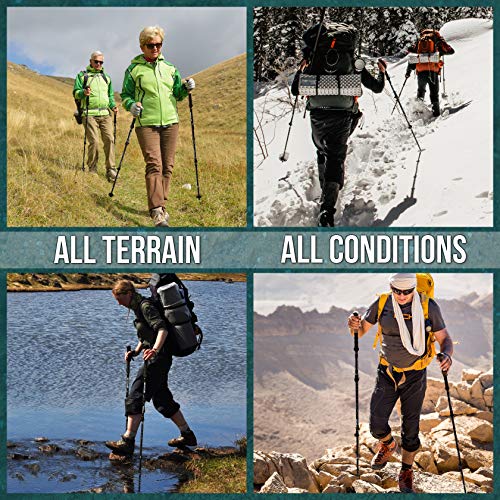 Round three goes to the aluminum models.

Carbon poles are newer and sexier than aluminum poles. If you’re a serious trekker, you won’t care about looks. 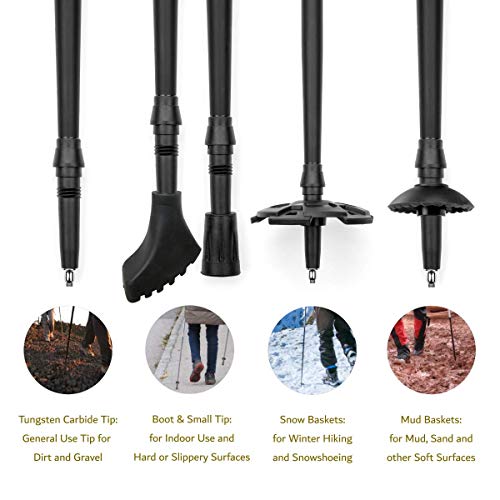 But if you’re more of a weekend warrior, carbon poles can be custom-finished to create some cool effects. Round four goes to the carbon models.

Carbon Poles are Better For

Aluminum Poles are Better For

Which Should You Choose?

With the different categories, carbon and aluminum came out with two points each. You’d think that it would be hard to break that tie. In our opinion, there’s no real difficulty here. Aluminum poles do weigh more, but that’s a small price to pay for the added durability. 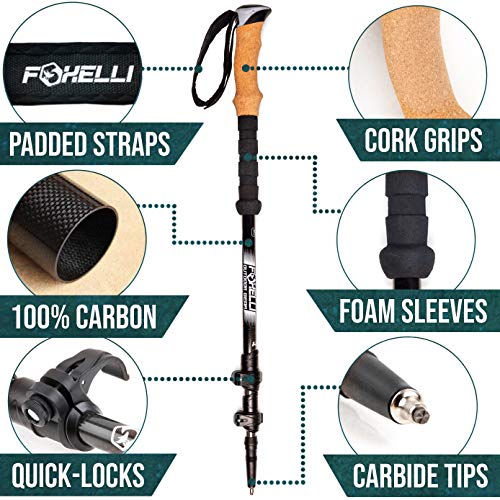 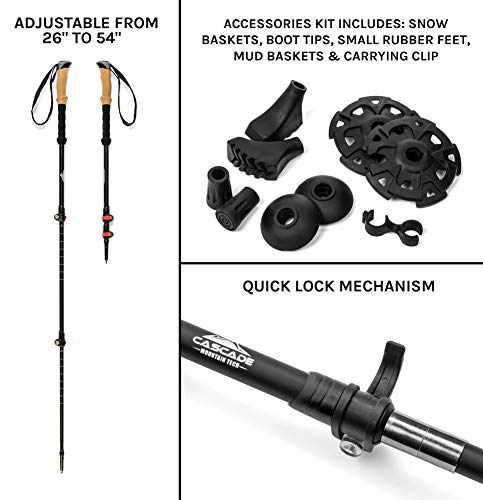 Both types of poles can be used to string up a tent. If something happens and the carbon pole snaps, though, you risk damaging the tent. If your carbon pole snaps, you can’t repair it in the field. The aluminum pole wins out in both of these instances. 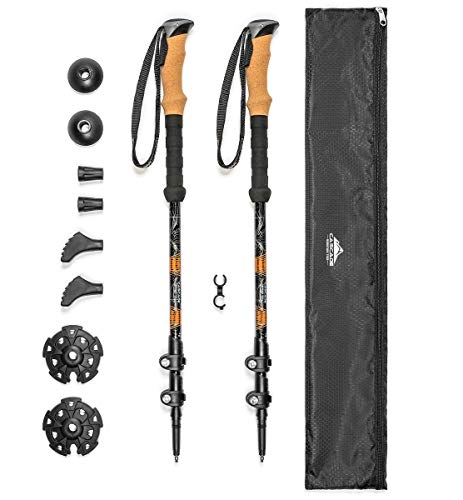 Aluminum may not be the flashy newcomer that carbon is, but it’s still worth a second glance. If you’re a serious hiker tackling terrain that would make Bear Grylls think twice, you need the reliability of aluminum.