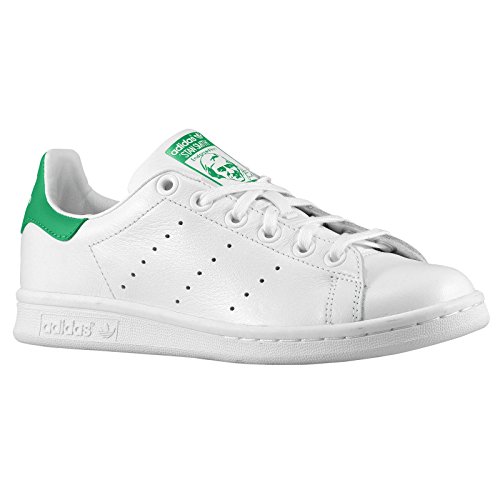 Adidas has been making comfortable shoes for decades. Two of the most popular have been around since about 1970.

The Adidas Stan Smith was originally marketed as a tennis sneaker, while the Superstar was marketed for basketball players.

But both shoes have a surprising amount of similarities.

What’s the best pick for you? We’ve put together a list of the similarities and differences between each shoe.

The Adidas Stan Smith is a popular choice for many people. The shoes are constructed with a full grain leather upper, which adds a touch of luxury to the design.

The three Adidas stripes are perforated, helping increase the breathability so your feet stay dry and cool.

The shoes come with a leather lining that’s very comfortable, although best worn with socks. They also include an OrthoLite sock liner that adds more comfort and boosts performance. 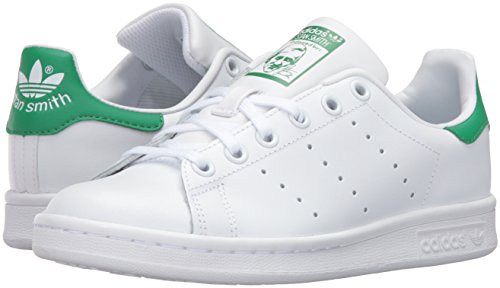 The original design was released in the 1970s. Though Adidas has made multiple improvements to the shoe over the years, the modern engineering still evokes the feel and comfort of the original.

This is also a highly affordable option when compared to other similar shoes.

You can purchase the shoe in black and white, although other color options are available. The shoe has the classic Adidas look that’s been modeled by many trendsetters and models.

One winning aspect of these shoes is that cleaning them is exceedingly easy. For a slight additional cost, you also have customization options like changing the lacing system, materials, or colors.

There’s also a personalization option, which allows you to add names and numbers to the shoe.

The shoes can run a little small, so you might want to buy a size up. The leather upper can also sometimes crease quickly. For some people, the shoe is too tight around the toes.

The most defining feature of the Superstar is the Boost technology, which can be found on the bottom of the shoe. The placement of the Boost is unusual, as it protrudes slightly from the side of the shoe. However, it does offer ideal cushioning.

The shoe has twenty special editions, with four ranges. Culturally, the shoe is iconic. It’s been one of the most popular choices for fashion lovers since it was released in 2015.

Many trendsetting celebrities have worn these shoes in their shoots. And thanks to the classic design, the shoes won’t go out of style. 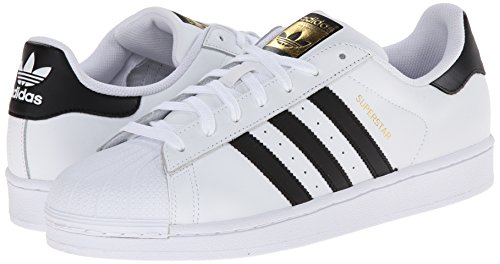 The low-cut structure of the shoe makes the ankle comfortable. There’s a lace-up closure that lets you adjust the fit to suit your foot’s unique shape.

Since the shoe is designed for basketball players, the goal of the structure is to support your foot. 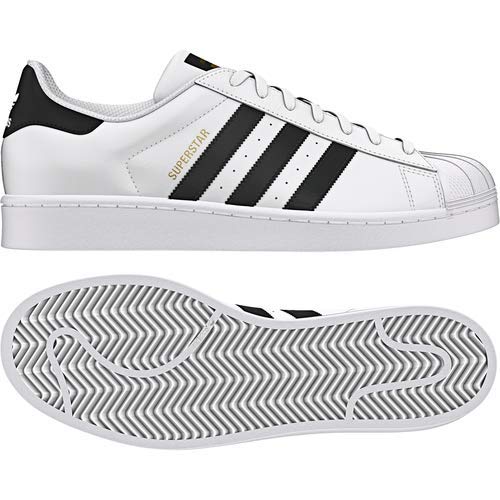 When compared to other shoes on the market, the Superstar tends to be very affordable. The design is also very minimalist, so you can wear the shoe in a variety of environments. The defining feature is the three Adidas stripes. 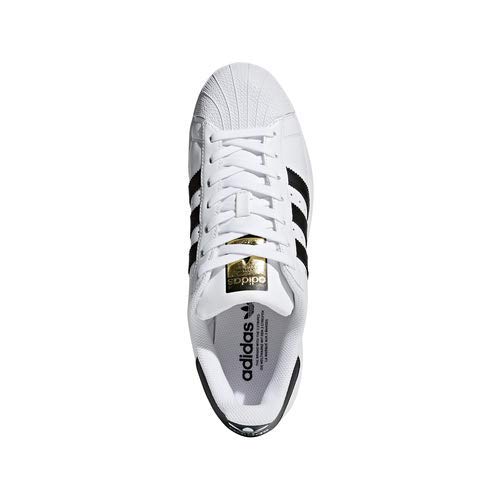 The shoe isn’t as flexible as some others on the market. In addition, since some people have reported sizing issues, it’s important to make sure you get the right size for your feet.

Though they were originally designed for different sports, both shoes are favorites for casual everyday users. Both shoes have the classic Adidas design, featuring a solid color with three stripes.

The most well-recognized versions of both shoes are white designs with white stripes, although black-and-white designs are also popular.

Both shoes have a similar style and shape, and both tend to be priced affordably.

The differences between the shoes tend to be subtle but worth noting.

Both shoes have a great deal of history. The Stan Smith’s design was originally introduced as an option for tennis players. On the other hand, the Superstar was created to suit basketball players.

Since the sports involve many similar feats of athleticism, such as running and jumping, the overall design tends to be similar. 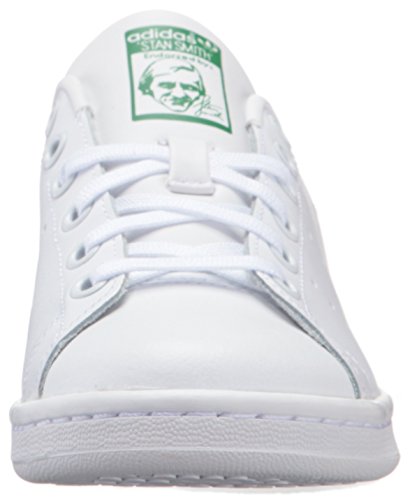 The Stan Smith is named after the tennis player Stan Smith, who endorsed the shoes when the original design debuted in 1971. Meanwhile, the Superstar hit the market in 1969 and immediately became popular with hip hop dancers.

The Stan Smith has three perforated lines instead of sewn-on stripes. The perforation allows fresh air to flow through the shoe with each stride, keeping your foot cool and dry.

The most defining feature of the Stan Smith line is the Stan Smith logo. The famous tennis player’s face is outlined on the tongue of the shoe. The words “Stan Smith” also appear in multiple places on the shoe.

The Adidas Superstar’s most defining features are the diagonal stripes. This classic design encapsulates the 1970s hip hop era. For many older consumers, the design has a nostalgic appeal.

The styling and features of each shoe are very similar. They both evoke the same feeling when you run and have the same levels of comfort. As such, the best shoe is mainly a matter of aesthetic appeal.

The one area in which the Stan Smith outperforms the Superstar is in breathability.

The perforated stripes allow a greater amount of air to circulate and keep your feet cool. As such, these shoes may be ideal for people who run long distances.

The Stan Smith has funkier styling than the Superstar, with its outline of Stan Smith’s face and multiple written logos.

It’s a shoe to buy when you want to make a statement. By contrast, the Superstar tends to be more classic and fashion-forward.