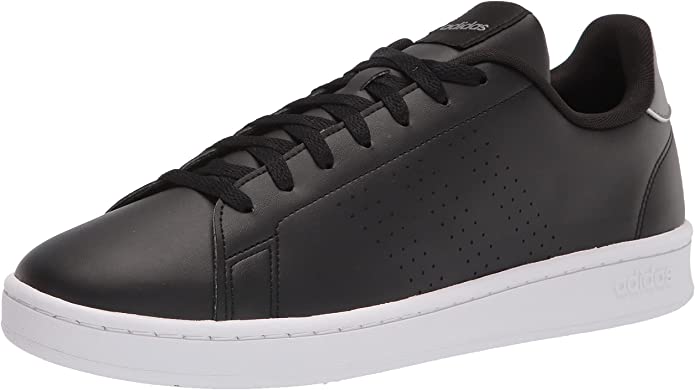 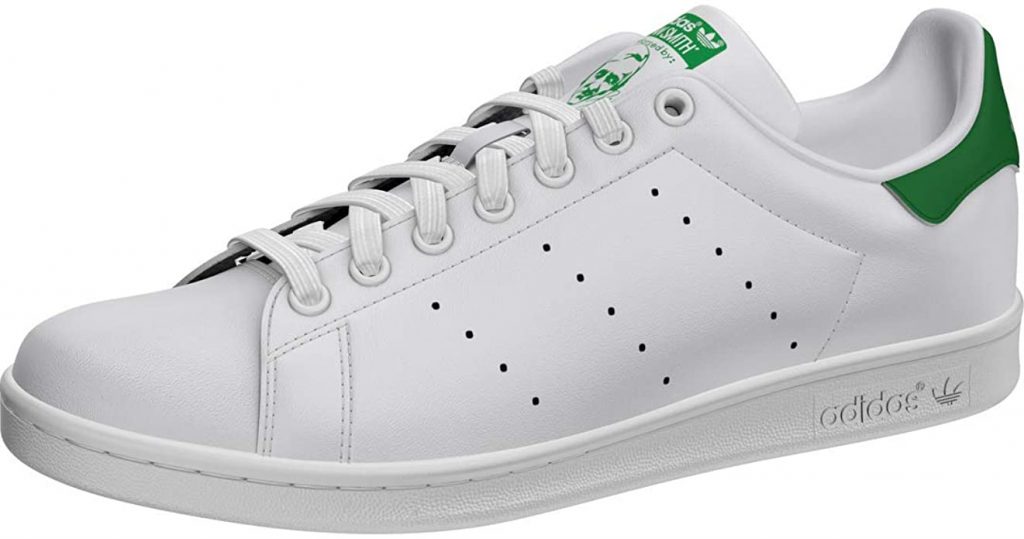 When it comes to purchasing new shoes, most people are more concerned with how they appear than with how they feel on their feet. However, because your feet are the foundation that supports your body weight throughout the day, it’s critical to invest in a good pair of shoes that will protect your feet while also making you feel like you’re walking on Cloud 9; this is especially true for women, who are often torn between the dilemma of whether to dress up and wear heels or go for a tomboy look and wear sneakers. Of course, the events of their day will influence their decision; but, for basic jobs like running errands, seeing friends for a casual coffee conversation, and similar activities, choosing a cool pair of sneakers is the obvious choice.

An excellent pair of sneakers will give your feet all the support they need, whether you’re doing high-intensity activities, running, or playing any sport. Furthermore, as compared to other types of footwear, sneakers provide better stability, making it easier to jump or walk with confidence. Injuries to the feet can be painful, and they can take a long time to heal, which can be irritating. However, there are some versions that are specifically made to meet the needs of those with flat feet, who are prone to falling over while walking or running. The chances of that happening are slim with the right pair of shoes, which is why the Skyliners team is comparing Adidas Advantage vs. Stan Smith to assist you to make the best decision.

Superstar Vs Air Force One 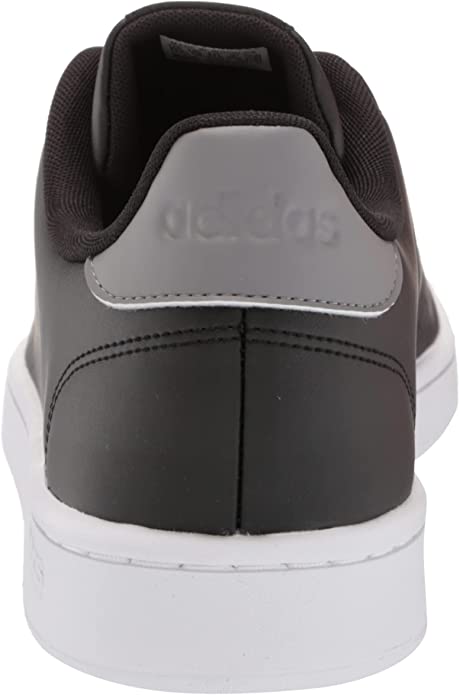 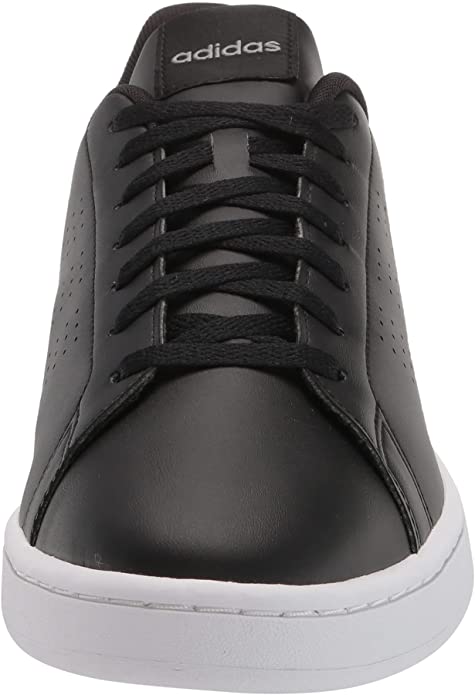 Adidas Advantage is made with Primegreen, a series of high-performance recycled materials. It adds some subtle style to your casual outfits. The heel tab of this tennis-inspired sneaker features an iridescent finish which is admirable. Comfort is assured every step of your day with the combination of ultra-soft cloud-foam cushioning and a stable cup sole. This product is designed with comfort and endurance in mind, whether you’re touring the city, going on dates, or training at a slow pace, the adaptability of these shoes never ceases to amaze.

Adidas Advantage also features a comfortable and durable cloud-foam cup sole that offers adaptive traction over asphalt and other urban surfaces. The Cloudfoam sock liner in the midsole adapts to the shape of the foot thanks to memory foam, providing a step that gets increasingly comfortable for every day’s walk.
The upper of these shoes is entirely made of nubuck leather, which provides soft support thanks to its regular fit and the effectiveness of its lace closure.

This tennis-inspired shoe has a smooth leather surface with suede embellishments on the heel; This brand has a long history and deep-rooted connection with sport.

Adidas Advantage tennis shoes provide your feet every edge so you can outsmart your opponents and play as long as you wish with your friends. The Adidas advantage skirt also keeps you ventilated while allowing you maximum range of motion. Adidas Advantage shoes have now been refined for everyday usage. These shoes offer a smooth leather-like upper punctuated with perforated 3-Stripes that help your feet breathe better. The cushioned sock liner adds comfort to every stride, and the low-profile shape rides on a smooth rubber cup sole. 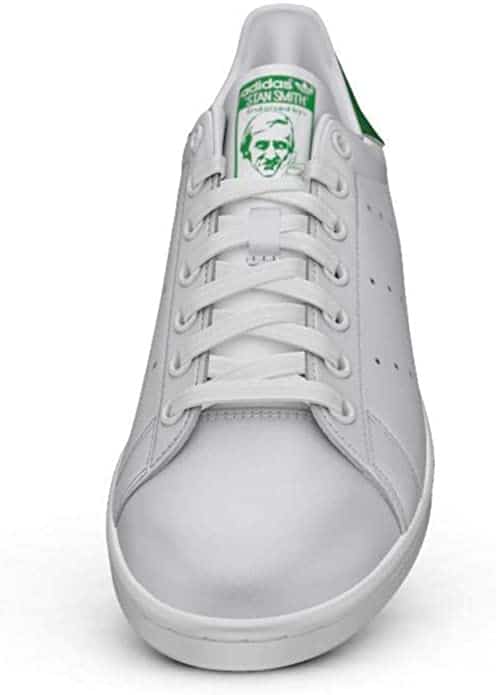 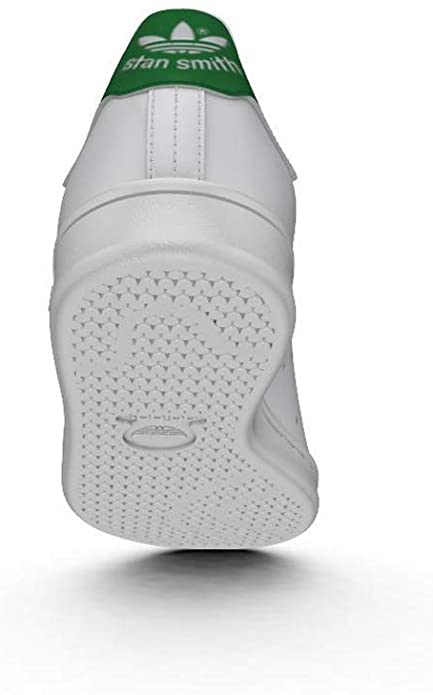 Stan Smith Shoes have been a staple on the courts as well as on the streets. This product is also made with Primegreen, a series of high-performance recycled materials. The sneakers go well with everything: an Oxford dress shirt and chinos,  a tank top and shorts, a T-shirt and jeans, and so on. The pure whiteness lends a stylish minimalist vibe to most outfits, and the shoes may be dressed up or dressed down depending on the occasion.  It’s difficult to think of anything that doesn’t go nicely with Stan Smiths.

Although there have been hundreds of versions of the Stan Smith, the silhouette has remained consistent. In its basic form, the shoe is made entirely of all-white leather, with white flat laces, and white eyelets. There’s visible stitching on the shoe’s heel, sides, and front of the outsole. “Adidas Stan Smith” is written on the tongue over a line-drawn portrait of the tennis player and his signature. “Stan Smith” is also written on the rear of the sneaker, below an Adidas logo. Adidas’ classic trio of stripes is replaced with perforated holes, and the only pop of color which can be navy, green, or black appears on the tongue and heel foam padding. It’s a remarkably simple sneaker.

Both are low-top sneakers with almost the same look. However, a few things distinguish them.

Both shoes have their upper fabrics sewn with visible seams a stitching detail that forms part of ‘Adidas branding.

Both Adidas Advantage and Stan Smith come in rubber midsoles for flexibility, reliability, and durability.

Engraved on the midsole are the Adidas logo and name. Conversely, Stan Smith sneakers come with midsoles that extend to the bottom.

The latest releases of both Stan Smith and Adidas Advantage shoes feature Adidas Boost technology. In this advancement, the midsole includes closely packed thermoplastic polyurethane cells that enlarge and expand to create air pockets. As such, the Boost technology creates a much higher energy return and minimizes loss of power when making strides.

Adidas included Stan Smith’s portrait on the shoe’s tongue, with his mustache standing out the most.

Conversely, the Adidas advantage has the Adidas logo embroidered on its tongue.

But, in 2017, Adidas released some Stan Smith models with GORE-TEX inner lining, making them waterproof. Look for the GORE-TEX label to confirm this.

The Adidas Stan Smith comes in a sleek all-white top with a contrasting green trefoil logo tab at the heel. The original tennis shoe also comes all-white with navy or black trim.

On the other hand, the original Adidas Advantage comes in a white leather top and outsoles, with three black side stripes and a black heel logo.

However, Adidas launched the MiAdidas in 2000; a platform that allows users to customize their pairs for preferred color. For example, you could order any of the Adidas sneakers with your image and name embroidered on the tongue.

Adidas Advantage runs a little large although not so much that it is uncomfortable. Just note you will have to tie your laces very tight. We would not recommend buying a smaller size as the fit would be too small. This sneaker is very comfortable.

For Stan Smith, the shoe continues to run large. When purchasing, make sure to size down as much as possible.

One of the most basic casual sneakers on the market is the Adidas Stan Smith. The bright white leather and discreet colored accents offer a no-frills appearance that fits with almost any outfit in your closet. Unfortunately,  Stan Smith is a barebones shoe that offers no arch support or frills which may be a win for those who are absolutely looking for a basic shoe and aren’t on their feet a lot; because these sneakers are made for short trips and casual activities.

The all-white leather is also a risk for those who want to preserve a professional appearance as the shoe’s soles, upper, laces, and eyelets are easily stained, and accumulate dirt in no time, meaning you’ll likely have to buy a replacement pair within a few months. However, if you need some arch support and shoes that offer functionality, we at Skyliners would recommend Adidas Advantage as a great choice for you.

The Adidas Advantage is available in men’s sizes from 4 to 14 in medium width. This pair generally runs true to size, but some find this pair narrow. Hene, they suggest buying a full size up than the buyer’s usual size for a comfortable fit.

Are Stan Smiths good for walking?

Yes, Stan Smiths are surprisingly chafe-free for short walks, even when brand-new. This is a relief since these are not leather-like, which can often be stiff and blister-causing which is fortunately not the case with these sneakers.

“The Stan Smiths could be a good basketball, racquetball, or tennis shoe, but keep in mind that they don’t provide ankle support. And it’s not a gym shoe, fit for running, hiking, stair climbing game, or step class.